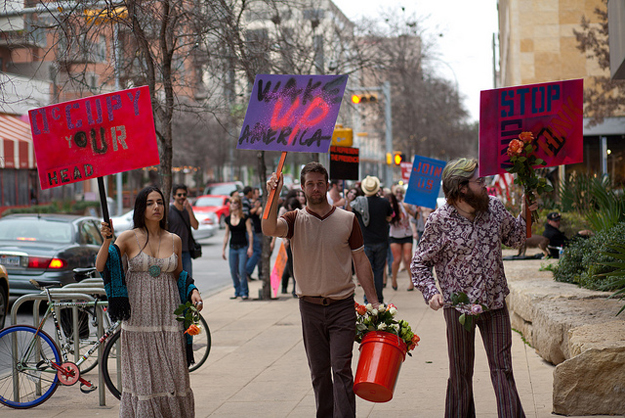 There are countless ways to have a discussion online, but not that many ways for groups to reach a decision. Of the few tools that do exist, Loomio is probably one of the best. It’s an open-source web app thought up by Benjamin Knight, an activist who helped run the Occupy Wall Street camp in Wellington, New Zealand, back in 2011.

Since the Occupy movement, Loomio has been used by protesters in Brazil, Turkey, and Taiwan. It’s not just activists though, the app has found itself in demand from non-profits and small businesses such as San Francisco’s Adobe Books, and the Newtown Ethical Lending Trust in New Zealand as well. This popularity made it possible for the app to raise over $100,000 earlier this month, which will go towards developing the platform even further.

Inspired by the hand signals used by Occupy activists during General Assembly, Loomio lets you vote yes, no, block, or abstain, and also include a short summary of why you voted that way. It’s easy to change your vote as well, just so long as it’s done before the deadline for that particular issue.

Even though the app has been used for bigger decision making processes, such as gathering ideas and feedback from the public for new alcohol policies in Wellington, Knight if focused on small groups for the time being. Their next step is to make the app more accessible for those without internet, which would allow for votes cast by SMS, and give people in poorer nations a way to make their voice heard.