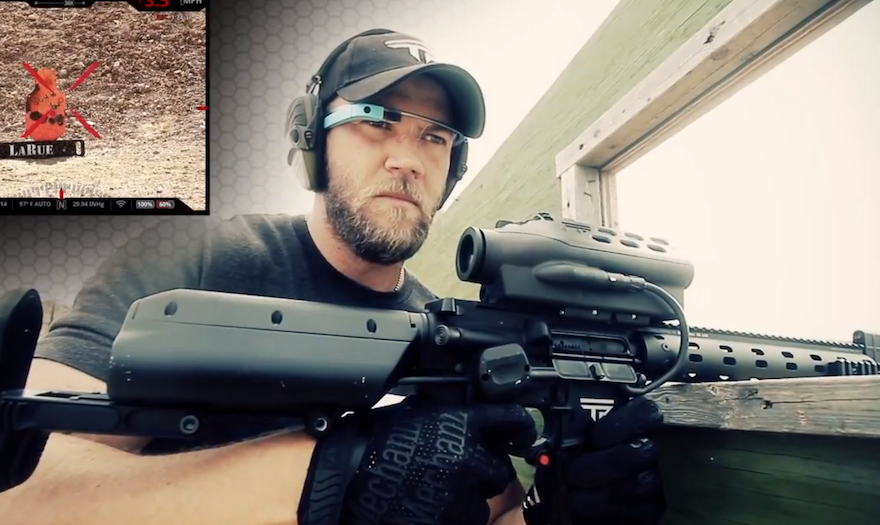 Google Glass not only does useful and cool stuff like recording your mindless drive to work while making you look somewhat like a robot, but now it can help you kill things. As you can see in this video of one buff dude aiming a huge semiautomatic gun, Glass can display your crosshair and target so you can hide behind cover without even peeking your head out. How the Shotview app works is the sight of the scope is streamed to the head’s up display of your augmented eyewear. Man, this would be useful in Wolfenstein.

While this seems like an innovation for a shooter, the technology from arms engineers TrackingPoint is very real and may help AR-ify the future of warfare, for better or for worse. In case that name doesn’t ring a bell, these are the guys who are also making rifles that don’t miss from 1000 yards. Both of these abilities would probably get you banned in Counter Strike, but not in real life.