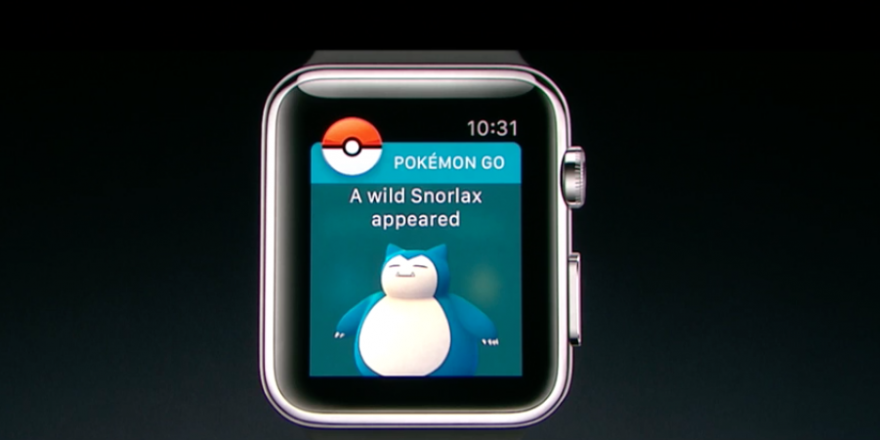 While the iPhone 7 was the star birthday boy of Apple’s keynote yesterday, there was a shocking amount of news from a once-rival company, Nintendo. To the amazement of everyone tuning in, there was apparently a Snorlax on stage, as seen during the demonstration of Pokemon Go on the Apple Watch. Those presenters were miraculously spared a trampled death.

Also worth mentioning is that videogame godfather Shigeru Miyamoto made a surprise appearance for a few hot minutes, consummating the romance that has been blossoming between his company and the omnipotent tech giant over the year. “For the past 30 years, every time Mario has encountered a new platform he has evolved and continued running towards a new goal,” said Miyamoto on stage. “And now, Mario is running towards his next goal, iPhone.”

it isn’t the sexiest game in the world

Miyamoto introduced Super Mario Run, Nintendo’s flagship Italian starring in his first mobile adventure. Looking similar to an endless runner, Super Mario Run is spun out of the New Super Mario Bros games, complete with wall jumping, Goomba stomping, and fun house environments. Like most runners, it isn’t the sexiest game in the world, but Nintendo appears to be treating it with some novel ideas on how to make coin collecting and navigating the space more of a challenge than something to merely busy your free hand. And, like most runners, you’ll probably just end up playing it anyway. The promise that the game will have a set price, instead of depending on microtransactions, is merciful as well.


It’s not the first time Mario has appeared on another company’s hardware, but it is a big advancement in the relationship between Nintendo and Apple. Nintendo held out from mobile games for a while, even as mobile games like Puzzle & Dragons dominated Japan, spelling out an obvious future. They didn’t jump into the hardware with much enthusiasm, either. Their first major release on the iPhone, Miitomo, seemed like a social media app made by someone who hates social media apps. A lot of gags, a lot of microtransactions, and nearly zero functionality. It was the kind of soft satire Nintendo seems to produce when they’re forced to be a follower instead of an innovator in the industry. Hands and feet, all limp and dragged along the ground. That all changed with a little overlooked game that no one has ever talked about, Pokemon Go.

If Nintendo’s heart wasn’t in the game, Pokemon Go clearly won them over. A game consumed with Beatlemania frenzy, it’s hard to imagine Nintendo wasn’t convinced of the potential a partnership with Apple could produce. And now they’re out and about. Holding hands. Drinking one malt with two straws. Ahh, that summer love.

Super Mario Run is slated for a December release. The only other major game announcement from the keynote was a demonstration of Oz: Broken Kingdom, a fantasy RPG to display the fidelity of the upcoming iPhone 7, though no mention of how hot that fucker got in the presenter’s hand. Broken Kingdom is being made by This Game Studio, who are not ThatGameCompany, nor ThoseGameStudios.