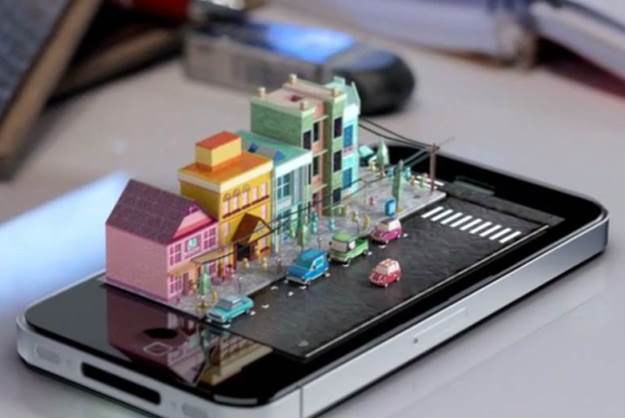 It may not be long before a smartphone feature that people have been dreaming about – the ability to project holographic displays that users can interact with – may become a reality.

Apple has recently patented an “Interactive Three-Dimensional Display System” that allows users to interact with 3D projected images formed in the air. The patent was filed in October 2012 and was published by the US Patent and Trademark Office last April 24th.

The patent application did not include conceptual images of what the 3D holographic display may look like, but there isn’t a lack of concept projects that explore the idea of 3D projections on a smartphone.

Fast Company found a concept video by artist Mike Ko, envisioning what 3D projected images could look like on an iPhone. Ko’s short film, entitled Diorama, shows a tiny car moving along a street with buildings popping up on one side. The images appear as three-dimensional images floating on top of the screen.

Based on the new patent by Apple, users will not just be watching the tiny car making its trip but would also be able to interact with it and move it along or stop it with their finger.

Although there’s no guarantee that the company will actually be able to bring this product to market, it’s still interesting and exciting to know that they seem to be working towards something like it.

Check out the concept video by Mike Ko below.

This post was originally written by Leah Gonzalez  for PSFK.