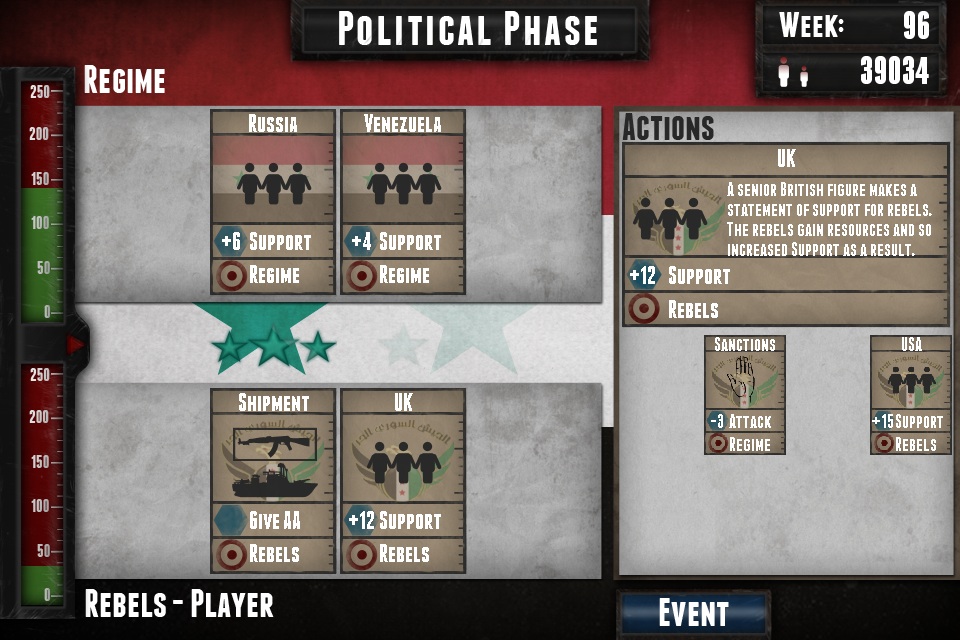 Endgame: Syria, a simulation/strategy game in which you play as the rebels in the two-year-old uprising in that country, has been rejected by Apple for distribution on their app store, according to the game’s makers. A press release from Auroch Digital, Endgame‘s developer, states that the game was turned down because of

App Store guidelines forbidding games that “solely target a specific race, culture, a real government or corporation, or any other real entity” [Empahsis ours -KS]. The game’s designer, Tomas Rawlings takes up the story: “This decision is a shame really as it makes it hard to talk about the real world. We had hoped that Apple would be more nuanced in how they applied this rule but we got a bit worried when it had been in submission for around two weeks without a decision – we then figured that because of the controversy of using the gaming medium to cover an ongoing war meant passing the game had become an issue for them.”

This isn’t the first time Apple has blocked a game for violating this rule; this past fall they rejected a naval combat simulator, Pacific Strike, because it featured a Japanese flag.