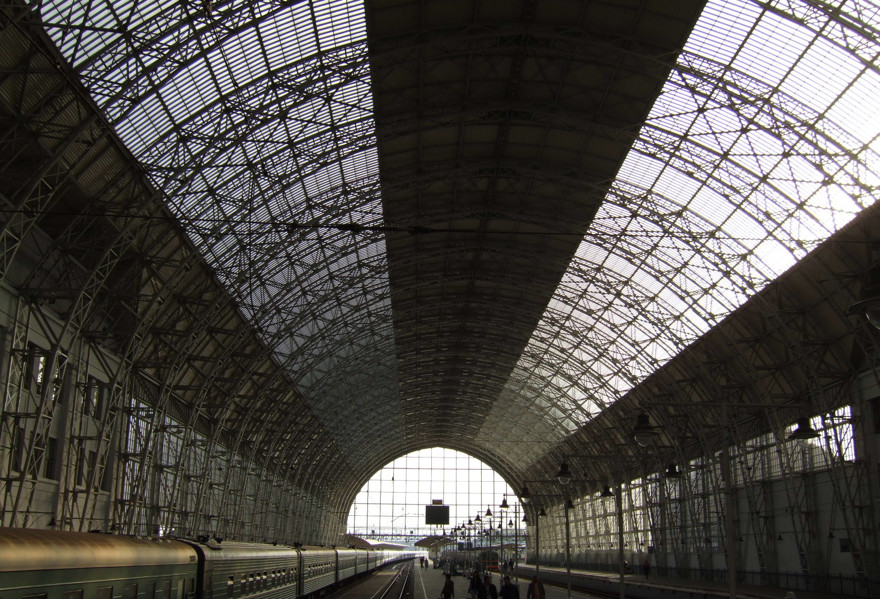 You never know what you’ve got until it’s gone. So it is in Moscow, where on the occasion of the Garage Museum of Contemporary Art’s unveiling, the architect Rem Koolhaas told The Guardian “you can say so many things about the Soviet system that were bad, but in terms of public architecture it was generous.” Much of that architecture is now gone, as is much of the architecture that preceded it.

Archanoid, a mobile app created for the Russian website Meduza, attempts to make this loss feel tangible. Based on the classic arcade game Breakout, Archanoid asks the player to bounce a ball of bricks. The ball, it turns out, is effectively a wrecking ball; each block represents a building that has been demolished. As blocks are destroyed, information about the corresponding building appears at the top of the player’s screen. Further information about these buildings can be found in Archanoid’s encyclopedia, which contains images and details about hundreds of buildings. “As you tear through each level,” writes City Lab’s Kriston Capps, “you rack up special achievements, including parking lots, replicas, a bulldozer, and Yury Luzhkov’s famous cap.”

Architectural heritage is increasingly preserved via this sort of technology. The New York Public Library’s OldNYC project, for instance, serves as a sort of historical Google street view, allowing you to see what an intersection looked like at various moments in time. Likewise, public historians are now using geolocation in projects such as Histories of the National Mall to provide a glimpse of what was once there. Archanoid is best understood within the context of these efforts to give a sense of immediacy to architectural heritage.

“No other capital city is being subjected to such devastation for the sake of earning a megabuck.”

Unlike its American cousins, however, Archanoid is responding to a more urgent situation. In 2014, the Moscow Architecture Preservation Society issued a report that declared: “There is no other capital city in peacetime Europe that is being subjected to such devastation for the sake of earning a fast megabuck.” This is one of the many costs of Moscow’s transformation into a capitalist mecca. And while growth and development usually requires the destruction of some history, in Moscow the desecration of patrimony appears to be out of all proportion and know few restraints. Last year, Moscow’s municipal government staged a virtual referendum on development, asking residents to use an app and vote on the future of the Shukhov tower. Ninety-one percent of the app’s users voted to restore the early 20th century gem in its current location. Moscow’s app is saving a small part of the city’s rich architectural heritage. For hundreds of buildings that have already been destroyed in the name of expediency or building a shrine to petrodollars, there’s Archanoid.