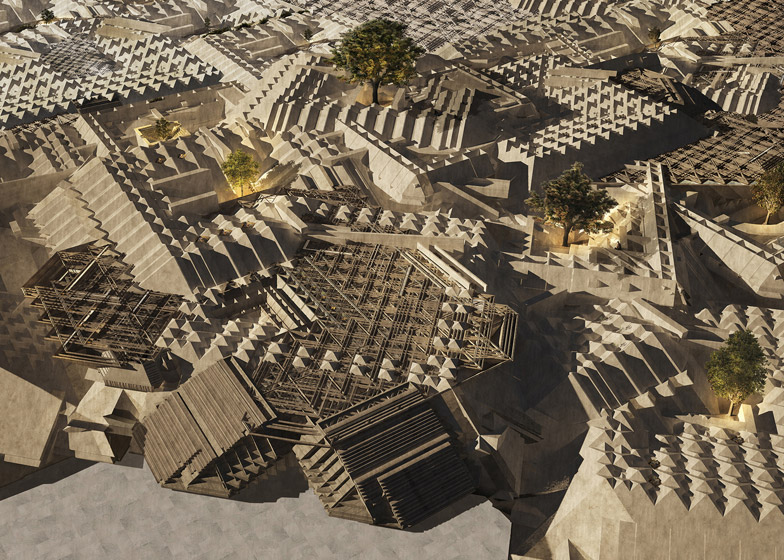 How do you build a church for an atheist? Who or what, exactly, would an atheist be looking to worship at a church made for them? These are null questions as, by definition, an atheist has no need for a church, at least not for prayer and sermons. It’s a shame, really, as while the routine of Sunday service being voided may be a boon, it means that the special relationship between place and person is harder to come by.

I don’t classify myself as an atheist as I eschew all prescriptive labelling (yeah, yeah, how “hipster” of me), but others certainly would, as I don’t believe in God. However, I love the idea of worship and faith, and I love the architecture that the rich history of religion has built for itself. There’s a church nearby me, just down the road, that I adore as it leans on the grass, the salty sea winds crashing against its spire. And at night, when its bell rings out, and I’m wearing my big coat as I walk past, it’s as if it’s calling out for an intimate gothic experience with me (I’ve probably played too much Bloodborne). Even without that, churches and mosques are built to impress their idols with large-scale art that stretches towards the skies and the upper tiers of expense. There’s a lot to admire at an aesthetic level alone.

The fact that atheists are somewhat disconnected from these structures is something that Bartlett School of Architecture student Kacper Chmielewski has looked to address with his project “Atheistic Architecture.” It is as it says: a series of architecture meant to inspire awe that makes no references to religion. Instead, in one piece, the oak tree becomes an icon for admiration, it nested in a harsh criss-cross pattern of soil pyramids, a golden light aglow at its roots. Surrounding these is a city comprised of ever-evolving geometric complexity that, instead of bowing to the radiance of a cosmic figure, acknowledges the scale of the material world.

“Why should religious people have the most beautiful buildings in the land?”

Chmielewski said to Dezeen that his drawings burst out of the sense of nostalgia he feels for religious architecture. “This project is a response accommodating both the discourse between nostalgia for ecclesiastical beauty and the rejection of fallen religious doctrine,” he says. Here, he refers to his prediction that by 2040 only one percent of Britain’s population will belong to the Anglican Church. He imagines dense superstructures that serve the majority in this would-be future—drawing from the space between brutalism and Cubist architecture—a mega city meant for atheists. It’s not as sci-fi as it might sound.

He also reflects upon the fact that many of Britain’s churches are becoming spaces for commercial endeavor rather than worship, which he believes is a waste. Chmielewski would rather see them reshaped to serve atheists as a place where they can “submerse themselves in a moment of solitude, feel a part of something greater, or perhaps connect with nature and the universe.” That’s what this is all about.

As Dezeen notes, Chmielewski’s work builds upon the ideas proposed by philosopher and writer Alain de Botton. With his 2012 book “Religion for Atheists,” de Botton looked toward usurping the useful practices of religion and applying them to healthy atheist living. Part of this was giving non-believers something impressive for them to look up to. “Why should religious people have the most beautiful buildings in the land?” de Botton asked. “It’s time atheists had their own versions of the great churches and cathedrals.”

And so de Botton planned for a series of temples meant specifically for atheists to be built around the UK, with the first being a 46-meter tall black tower, poking out of London like an imported evil from Middle-earth. De Botton’s tower was meant to invoke the idea of perspective, reminding us of our relative insignificance against the large-scale of the world and outer space. Chmielewski’s architecture is similar but more complex, both in what it represents and how it conveys it, and it is also more hostile, with him describing it as a typology that’s “waging war with the previous system of values.”