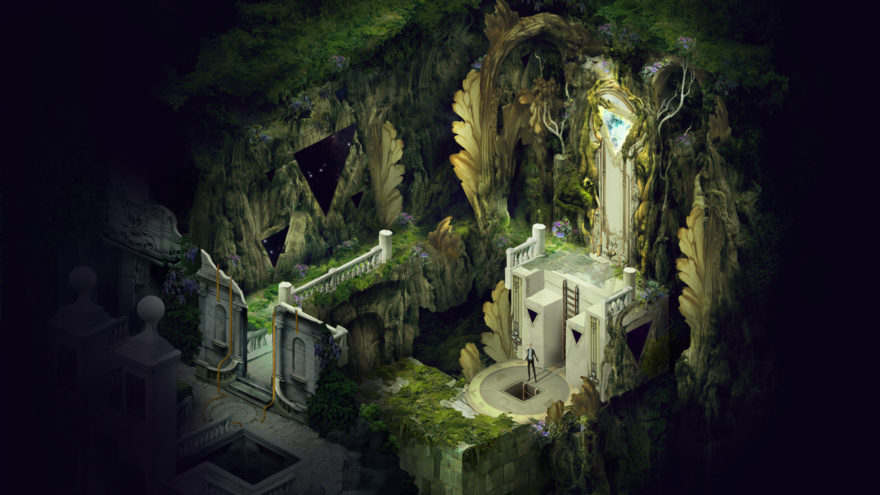 Fourth-person puzzle game Pavilion will be released in two parts, the first of which comes to Windows, Mac, and Linux on September 22 through Steam and the Humble Store. The game will debut, however, on the NVIDIA Shield on September 15.

Forgot what the fourth-person perspective was? That’s okay, I did, too. In 2014, Visiontrick Media’s Henrick Flink said on the PlayStation blog that it’s used to describe the way the player interacts with the main character; the player isn’t playing as the main character, and is not in control of him, either.

“Indirect control” is used to influence, guide, or force the character to “explore and fulfill the purpose of the world.” The game’s influence on the player is indirect, too. No “text tutorials or beginning explanations” are included as a way to to guide the player towards making the right decision. Only through exploration will a player learn the rules of Pavilion’s puzzles.

a game I wouldn’t mind wandering around

Other than that, Visiontrick doesn’t really explain Pavilion. But it doesn’t have to, does it? That’s the fun in these architecturally beautiful 2D environments. Dotted with ambient music by Tony Gerber, Pavilion is a game I wouldn’t mind wandering around. On multiple occasions, Visiontrick co-founder and art director Rickard Westman has said that Pavilion’s puzzles are likely to happen more in the player’s head than on-screen. Gerber’s music celebrates that mindset, allowing for puzzles to unfold in their own time.

Pavilion was also announced for PlayStation 4 and PlayStation Vita, though it appears that console players will see the game a bit later. Preparations for a console launch will begin once the other versions of the game have shipped—and that includes a version that allows players to play Pavilion using Tobii’s EyeX eyetracker. An iOS and Android version is expected in the “coming months” after its initial release, with additional platform announcements further down the road.

More information on Pavilion and Visiontrick’s other projects is available on the Visiontrick blog.