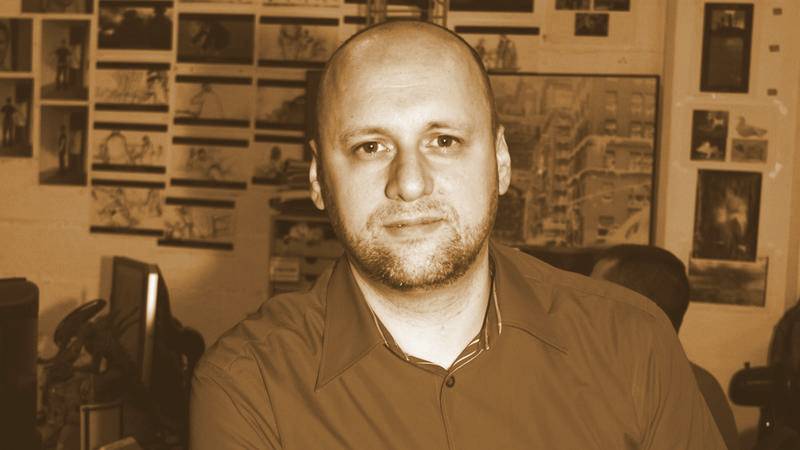 In the east side of Paris, in the 20th arrondissement known as Ménilmontant, there is a the largest cemetary in the city. It is called Père Lachaise and to be buried there is to share an eternal home with some of the greatest men and women of culture and politics in human history. Composer Frédéric Chopin. Singer Maria Callas. Artist Max Ernst. Writer Gertrude Stein. And of course, poet and playwright Oscar Wilde.

About a 20 minute walk from there lies the home Quantic Dream, a French game company run by a composer-turned-game designer David Cage. The proximity to the cemetary could not be more appropos. Cage spends as much time thinking about the death of games as we know it as anyone one you’ll meet.

Yesterday at the DICE Summit, before an audience of his peers and colleagues, he chided the current state of games. Cage declared that the modern games industry, big and small, suffers from a “Peter Pan syndrome” and an unwillingness to approach maturity. Cage’s philosophy with noirish, expository games like Heavy Rain has been to push at the boundaries of games’ comfort zone and invite new types of experiences into the world of play. His new title Beyond: Two Souls stars actress Ellen Page as the lead and expresses Cage’s views on the reality of death and dying.

We spoke with Cage in Las Vegas about the future of story-telling, why competition no longer thrills him, and how the loss of someone close changed his outlook on his craft.

You were a composer first. Why did you get into games?

I was a fan since videogames the beginning. When I first saw games in real-time 3D, I got the feeling that a major thing was happening and I thought this would be like film. I thought it would be fast. I thought games about story and character would be quick to come. But here we are 16 years later and it hasn’t happened.

I don’t think there’s an easy answer. It’s more comfortable to do things the same way. There’s a market. When you do something on a different paradigm, you don’t know how it’ll be received. It’s easy to make games on loops, patterns, on violent actions.

How would you define interaction if there’s not violent action? Most people are puzzled. Or shooting at someone or driving a car or jumping on platform? That’s what defines interaction now.

We need the courage to try different concepts. It’s about daring not to please your traditional game consumers. You can convince existing players or you can convince people who don’t play today. Games should fight to get a wider audience and not focus on people who are not playing currently.

Games became a commercial force very quickly, compared to other mediums that took decades or centuries to mature. Did games grow up too fast?

Oh, I don’t know. We’ve put a lot of focus on the technology rather than on what to do with it. Many people in games come from the technical side and there’s focus on how cool the tech is. Tech is important but what matters is what you do with it and what you have to say with it.

I’m really shocked how much games live in their own world. They live in Wonderland. There’s no connection to real things and real characters. When you get older, you want this connection. I want to see more games focusing on human relationships.

Why not politics or homosexuality? There are more drastic ways to relate to people.

Is there a specific view for you as a parent that didn’t interest you in your teens?

When you have a kid who’s 12, he’s so excited about these games. You understand why. He’s a kid and he wants to feel how powerful he is. It corresponds to his age. Most games are based on this paradigm. When you get older, you don’t want to show you’re faster or powerful. It’s a matter of age.

As an adult, you’re more interested in journey than challenge. I have little time to play. I want to have something meaningful that gives me food for thought. Many gamers don’t understand this.

Why does that thirst for competition diminish as you get older?

You have enough competition in real life! You have more money, a better car, you have entertainment. The last thing you want is more competition.

Where do you look for inspirations then?

When I was younger, I was looking at films. But when you look at the industry, 70% is inspired by other people. When you get older, you realize that’s not the right place. You do it differently, but you really copy.

I don’t have a clue what it’s like to be a rookie at war. How true can I be?

I don’t have a clue what it’s like to be a rookie at war. How true can I be? I would need to talk to people that have been there and then the games that we would write would be really different. I don’t think these people are running with a big smile to fight war. They were really scared.

When we talked last, you told me that you were inspired by an experience where you lost your son. Is there something like that with Beyond?

Beyond is about growing and death. I lost someone I was close to. I was confronted with death so closely and it was a big shock. That’s something serious and personal.

If you want to live with it, you better make something positive. All writers know that! Novelists and screenwriters. They’re always better when they write something they know. Same with games.

There’s so much death in games but so much seems meaningless. Why do games struggle with dealing with dying?

Kids are used to death when they play cowboys and indians. It’s not really death, just not being able to run for a moment. This is where games are.

With making games there are real tech challenges around telling story. When you’re putting together a team, how do you get the right people?

It’s much easier now than it was years ago. Since Heavy Rain, people know what we’re doing. If you’re interested in first-person shooters, we’re not the right place. But if you want emotion, we are.

Emotion isn’t just a nice word or a script. It’s a technology. It’s an activity. Emotion comes from everywhere. It’s from sound, animation, acting, cameras. You try to be good in all areas, but you need to be consistently triggering the right emotions.

Emotion isn’t just a nice word or a script. It’s a technology. It’s an activity.

In other industries the creative structures are different and more loose. In games, it tends to be vertically integrated. Do you think those things need to change as well?

Each studio is different but what we see a lot is teams where everyone had a say in the story. Programmers had a say in what the game should be about. Then graphics then marketing and then some kind of story. There are too many people in the room.

That was the case in Hollywood for a while until there was this realization that there should be others who are in charge of the story. They’re called writers! At one point, you need to trust one talented guy and say “Tell us a story that people will love.” You can’t do that with 200 people in a room.

With Beyond, is that you?

It’s just me. The best and the worst! [laughs]

Writing a story is totally subjective. Imagine Tarantino if he had ten people and marketing and the studio. You’ll never get the films he made. They’re unique and crazy for a reason.

At Tarantino’s Golden Globes speech this year for Django Unchained, he thanked his friends for reading his scripts, but also joked that he never followed their advice.

With Chistopher Nolan, Memento was a one guy project and that was his life for a while. There are games that need that.

I’m not pretending my point of view should be the rule. Each project has its own truth. What matters is its own result. If some studios write good games with 20 people in the room, great. Many writers feel this is restraining. It’s difficult and challenging. Authors should be trusted.

It will happen if you want something different, you need a writer behind it. Someone putting, betting his life on his script.