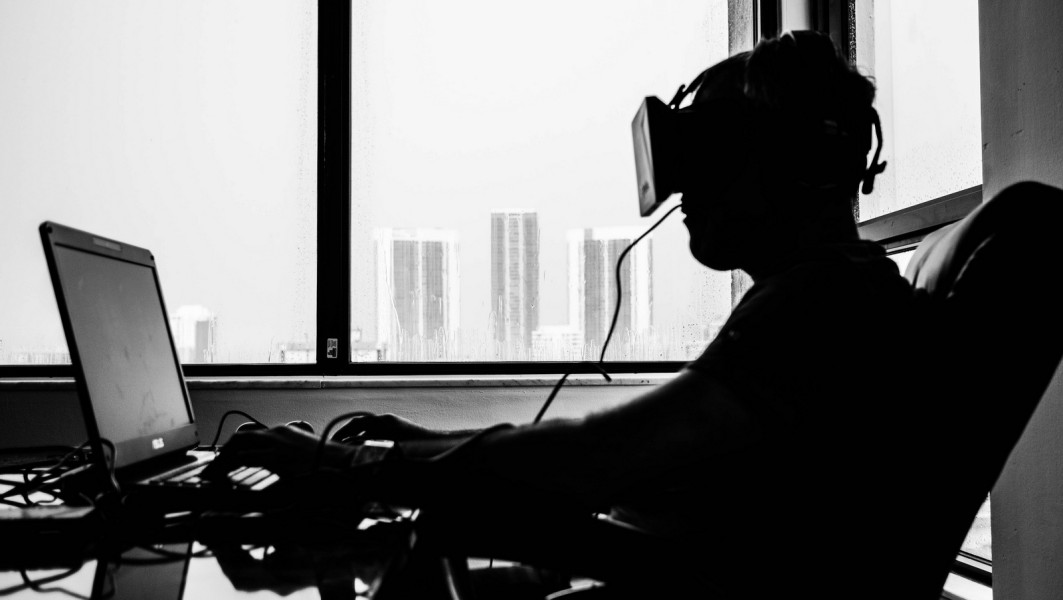 Nearly 2000 years ago, the anonymous writer of Matthew wrote: “A voice is heard in Ramah, weeping and great mourning, Rachel weeping for her children and refusing to be comforted, because they are no more.”

Replace Ramah with “Twitter” and Rachel with “Oculus Rift fans” and you’ll have an approximation of what some are feeling about Facebook’s acquisition of virtual reality company Oculus VR.

There are plenty legitimate concerns that have been voiced elsewhere. Some feel hoodwinked that the grassroots spirit of the Kickstarter-backed Oculus has been tainted. Others worry that Facebook doesn’t have a successful track record with hardware. Yet others worry about Facebook’s advertising and personal privacy ethos will creep into the VR headset. These are all valid concerns.

But there’s one in particular that I find curious. As we noted, Minecraft creator Notch has pulled his support from Oculus because he dislikes Facebook. He has many good reasons for this and you should read his entire rationale . He backed at a $10,000 level, so yes, he’s entitled to his say. But there was one line that caught my eye:

Notch’s concern was that the locus of Oculus has shifted away from games. As one redditor lamented : “The Rift is absolutely targeted towards the gaming population, which tends to be teenage to early 20s/30s, which is the exact population that Facebook is currently losing.” For many, including Oculus’ founder, the Rift is all about games and nothing else.

And I understand this point of view. For ages, game-lovers everywhere have been told that what they do is a complete waste of time. Then, as I noted, things started to change and that previously dark corner suddenly became a beacon of hope. The question then becomes: Who are games for?

Because when I look at the things that are exciting about the virtual reality, many of them (not all!) come from decidedly “non-game” experiences. That means swapping your gender , or exploring Jerry Seinfeld’s apartment , or walking through the world of Spirited Away . Conversely, many of the our most lauded videogame experiences—Resident Evil, Halo, even Zelda—have preyed on two impulses: fear and nausea. It’s exactly this narrowness that puzzles our old editor Joe Bernstein over at Buzzfeed:

Yet the assumption that a mass audience of humans will want or even acquiesce to wearing a device that was intended as an escapist accessory for hardcore gamers strikes me as crazy.

And Bernstein is right! If all that gets created by game designers is “escapist fantasies,” then the Rift moves no further than the host of other game innovations that died on the vine. Game designer Noah Sasso said it best:

What worries me is that Notch’s statement—that all things social do not intersect with games—is part of a continuing retrenchment, another barricade around games and the rest of the world. Yes, Notch is talking Social the industry, not social the adjective.

But by suggesting he as a game-maker has a fundamentally different objective from Dennis Crowley of Foursquare or Mark Zuckerberg is sad. Games are social, by definition. They were the original social activity, and anything to advance that claim to more than one billion users who didn’t know how game tech intersected with their life is a good thing. I worry that those who argue Oculus should be something for those who self-identify as gamers is part of the same backwards and regressive outcries that arose when the Xbox One was positioned as an entertainment platform, not as a gaming console.

And while there’s no need to speculate on what a post-Facebook future for the Oculus will truly look like, one of Luckey’s statements is particularly encouraging: “This deal specifically lets us greatly lower the price of the Rift.”

Imagine that. One of the world’s largest companies getting the price down on a beloved piece of hardware to allow as many people as possible to use it.

Let’s face it. Games are the world’s R&D. We should celebrate that.