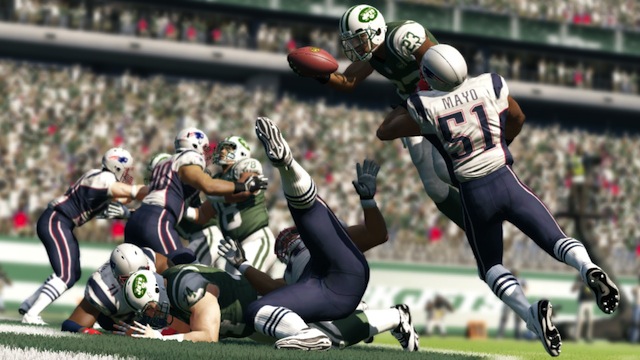 “Let me get this straight: you want to get a guy who’s been released by half the organizations in pro baseball because he’s got non-repairable nerve damage in his elbow,” says Beane’s colleague, incredulously. “He can’t throw!”

Beane, in typical smug Pitt fashion, responds: “He can’t throw and he can’t field, but what does he do? He gets on base.”

Pitt’s character was referring to Hatteberg’s “on base percentage”, a stat derived from an advanced mathematical formula, otherwise known in baseball as sabermetrics.

Moneyball was based on real life events, and what Beane did in 2002 – choosing players solely based on numbers and figures – was groundbreaking not just in the MLB, but all of sports.

Anyone who’s played sports video games has picked a team, checked the rating of each player, and abused the hell out of whatever that player was rated highly at.

Use of advanced statistics has since grown by leaps and bounds among sportswriters and fans, especially in the NBA, where terms like “true shooting percentage” and “player efficiency rating” are part of the common lexicon. The recent hiring of ESPN’s John Hollinger, one of the pioneers of advanced statistics in basketball (he came up with the complicated mathematic formula for the aforementioned “player efficiency rating”), by the Memphis Grizzlies is further sign that, as much we love sports clichés like having “heart” or “the will to win”, in the end, numbers don’t lie.

Given Hollinger’s new role as vice president of basketball operations, it’s fair to think taht the Grizzlies franchise will now do what Beane and the Oakland Athletics did in Moneyball: Sign and draft players based solely on numbers.

There will probably be arguments between old-school scouts and Hollinger, just like that scene in Moneyball. And if the Grizzlies are successful – they are already one of the best teams in the NBA, actually – this could further shift the direction under which sports franchises operate.

Now here’s the thing. As gamers, we’ve already been doing this for, well, all our lives. Anyone who’s played sports video games, whether it’s the latest Madden, or NBA Live for the Super Nintendo, or the seminal World Series Baseball for Intellivision, has picked a team, checked the rating of each player, and abused the hell out of whatever that player was rated highly at.

When NBA 2K2 introduced the “franchise mode” – which gave gamers the opportunity to play general manager of their digital team – to the series, I made trades with no regard for team chemistry, roster rotation, contract length, or overall team identity. I knew that, with Gary Payton, one of the best passers in the game, as my point guard, my Sonics needed everyone else on the squad to be deadeye shooters. So I traded for a bunch of guys whose 3-point ratings were in the 90s. I played Rashard Lewis, a scrawny player with no inside presence, at center. At 6’10, he was tall enough, and hey, he could shoot threes.

My Sonics won the digital NBA championship that year.

As technology advanced over the past decade and our consoles became increasingly powerful, sports video games have tried to emulate “real life” more and more – you can get technical fouls in a video game now – yet the real life sports world is now adapting our video game strategy.