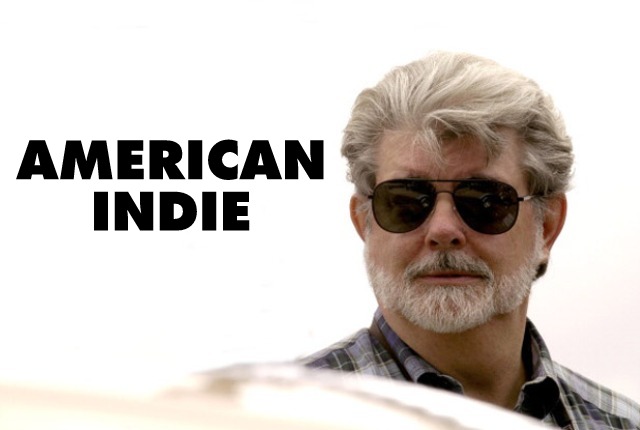 A long time ago in a film studio far from here, a young man directed an original movie that would launch the careers of future stars and be a critical and commercial success. That man’s name is George Lucas. The film? 1973’s American Graffiti.

With its modest and distinct vision, the film was one of the most profitable of all time, earning over $200 million in box office and video sales on a $750,000 budget; Graffiti was also chosen for preservation in the National Film Registry. Such success came from a surprising source, a relative unknown whose work until then had been abstract shorts motivated by Truffaut and Godard.

The Seventies were a golden era in American filmmaking. One representative trio: Apocalypse Now, Alice Doesn’t Live Here Anymore, Chinatown. To list the directors’ first names would be unnecessary: Coppola, Scorsese, Polanski (okay, so he was French-Polish, but the film took place in L.A. and was written by an American). These filmmakers have gone on to storied careers, still telling evocative stories decades later.

Today’s indie game developers find themselves in a similar predicament

In some ways, Lucas surpassed them all. His follow-up to Graffiti would become the largest franchise in Intellectual Property history and a major cultural force, inspiring the kind of fandom reserved for handsome philanthropists or salvation-offering religion. The world of Star Wars exists because a young creator moved onto something new. Many argue that same world died when Lucas wouldn’t let it go.

Today independent game developers find themselves in a similar predicament to those fresh-faced creators embarking into new territory. It’s hard to deny the past generation has ushered in a new wave of indie gaming. From major hardware manufacturers giving independent games dedicated space on their downloadable platforms, to the PC market’s resurgence with the maturation of Steam, to an entirely new platform (phone and tablet) for small teams to flourish on, academics will look back and point to this period in time as a pivotal moment in game development.

With success comes opportunity. The same energy and panache found in American cinema four decades ago is sprouting up across the globe, from offices in Barcelona to studios in the Netherlands. And the past few years have seen indie creators jumping to do something seemingly out of character: Make sequels.

The world of Star Wars exists because a young creator moved onto something new.

Last fall’s violent postmodern lark, Hotline Miami, gives way to this fall’s Hotline Miami 2. Klei Entertainment created an endearing thug with Shank; they gave us more with Shank 2. This year sees a litany of notable sequels to indie faves: Toki Tori 2, Mutant Mudds 2, Runner2, Mighty Switch Force 2. Even the final announcement at Horizon conference, this year’s debut alternative to the numbingly safe bombast of E3, was relegated to a sequel: Polytron’s Fez 2. (More on that later, of course.)

I love all of these games, and I’m happy to see their worlds revisited. But the nature of a numbered sequel to an indie game might seem antithetical to some observers, seeing as how indies have often pushed the envelope and and tried something new more frequently than bigger studios. Adding a number and rejiggering assets has given rise to stale, predictable offerings from publishers with too much skin in the game to take a chance. Indies provide a necessary shot of the unexpected.

But even toddlers know that “2” comes after “1.” Nothing surprising about that. As more independent game-makers grow comfortable focusing on franchises, we risk creative stagnancy on both ends of the developer spectrum.

Some small teams, however, have been waiting for this moment.

“For us it’s something we’ve wanted to do for a long time,” writes Collin van Ginkel, co-founder of Two Tribes, makers of Toki Tori. The original came out in 2001 for the Game Boy Color. Since then, as new platforms emerged, they’ve reinvigorated the game for WiiWare, iOS, Android and Steam. A decade on, it felt right to go back to the well.

But most of the mentioned sequels have not been marinating as long. Jools Watsham, founder of Renegade Kid, is eager to follow-up their “12-bit platformer” Mutant Mudds, released in late 2011, with more Mudds next year. In an email, he reasoned that ports, sequels, or spin-offs are results of a grand success, both profitably and creatively. “Not because our goal is easy money or squeezing the life out of a brand,” he explained, “but because we create games that we love and we want to continue the love affair, and I think the players do, too.”

The question is, as Jim Morrison once put it: Who do you love? Supergiant’s Bastion has been a critical and commercial darling for the first-time developer. Instead of continuing a story millions would be happy to return to, they’ve turned the page with Transistor. Based on previews, it looks to take advantage of Bastion’s matured technology while also giving their fans something new.

They could have named it Bastion 2 to ensure an audience. But they took the riskier path; with Transistor, they hope to turn Bastion fans into Supergiant fans, loyal players who will follow their games just as savvy filmgoers seek out their favorite auteur’s next project, subject be damned.

When Paramount Pictures signed off on The Two Jakes, the maligned 1990 sequel to Chinatown, Roman Polanski moved on and Jack Nicholson took the directing reins. The story wasn’t as strong as the creative mind behind it. The sequel bombed.

Savvy filmgoers seek out their favorite auteur’s next project, subject be damned

One studio resistant to the sequel urge has been thatgamecompany. Grammatically stubborn though they may be, Jenova Chen’s wündergroup has pushed out a trio of inventive, genre-escaping titles, none of which are remotely connected by way of character or world. 2007’s flOw was heralded far and wide, garnering industry awards and earning praise from those that matter most, being the most downloaded game on the PlayStation Network that year. Imagine if, instead of Flower and Journey, Chen and his team made flOw 2: Secret of the Ooze and flOw 3: Back to the Minors. Gaming’s culture would have been unknowingly stunted, our potential experience lessened.

And while film’s audience has stayed somewhat neutral, the market for games, especially independent games, has exploded. “Never before have indie developers had so much freedom to release what they want, when they want, and for the price they want,” Watsham writes. “And never before has the spotlight shined so brightly on indie games.”

Our attention is now focused on the fringes. With each passing year, that oft-ignored perimeter, rich with new ideas and not afraid of experimentation, grows ever larger. To appropriate Gordon Gekko’s quote from Wall Street: Growth is good. But it sometimes gets in the way. Oliver Stone never made a sequel until 2010’s Wall Street: Money Never Sleeps. The less said about Gekko’s unnecessary return, the better.

With indie development an increasingly visible battleground for the next wave of consoles, the spotlight will only get hotter and brighter. Sometimes all that heat causes burning. The latest self-immolation: Polytron’s Phil Fish, frustrated by a rash of public attacks, announced via Twitter that Fez 2 was cancelled. When asked for confirmation, Fish didn’t waver: “Yup,” he wrote to Kotaku, “it’s just not worth it anymore.”

If I was a betting man, which I’m not, I’d bet my mortgage and my dog that a sequel to Fez will still come out. But what if Fish’s meltdown and the resultant cancellation of a high-profile indie sequel, starts a trend? What if the next half-decade of independent development isn’t stifled by numerals and expectation? What strange new wonderful games await us that might never have been?

“It’s just not worth it anymore.”

Back before Fez 2 ceased to exist, we wondered what it would look like. Should we expect Fez 1 but bigger (and maybe better)? Or something else entirely? Put another way: Was Polytron making their Empire Strikes Back? Or More American Graffiti?

Marie-Christine Bourdua, producer at Polytron, had little to offer. “Unfortunately, we don’t give interviews lately,” she wrote in an email before Phil Fish’s public tirade. “And it’s too soon to talk about FEZ II.”

Maybe that was the problem.