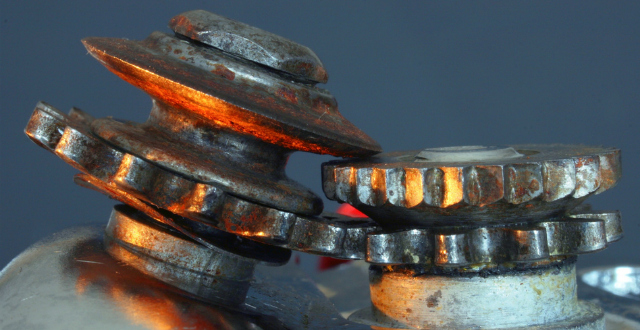 We are prone to think of videogames as forms of entertainment. This makes sense. They carry many of the trappings of existing forms such as film, television, photography, and theater. But there is one discipline that games, in fact, share a lot in common with: the world of design.

Harvey Molotch is a sociologist, design critic, and professor at New York University. I cited his book Where Stuff Comes From in a talk earlier this year, and I called Harvey to talk more about games and design as kissing cousins. Game designers take note!

Do you think videogames count as design objects?

Well, I think all objects are design objects. Videogames certainly fit that for me, because they have an awareness of a goal. There’s an integration of diverse elements—aesthetic and technical—as well as anticipations of users and what they’ll do with it. That’s all design is: the capacity to make all of those diverse elements a part of one’s movement in the world. Design is about the creation.

The source—whether digitally acquired—is completely irrelevant. Physical objects have their special qualities because they’re tactile and they engage a different array of senses. There are different priorities than reading a book, of course. That’s primarily a mental activity, whereas a videogame has no physical object except the device you channel to gain access. These design objects have different elements that make them up, and the hierarchy of what counts the most differs from object to object. There’s a diversity even with the nonphysical and nonmaterial, though.

One of the ideas that interested me in your book was the lack of respect that is bestowed on industrial designers compared to formal artists. Why is that?

The consumption of ordinary goods is so massive, and the participation of the public is so much larger scaled, that there isn’t an official connoisseurship. You have that in the art world, which has a very specialized set of institutions, museums, galleries, magazines, and so on. These are for a selected and small group of people who are at the highest end of the strata. That’s not present for can openers or, for the most part, for videogames.

So there’s an ordinariness that’s taken for granted and an elitist snobbism that would denigrate taking seriously these mundane things. Design is the people’s art. Can openers, lampshades, and videogames are all part of that.

Can design—and by extension games—ever move out of that ghetto?

To a degree, it’s changing for a can opener. The conversation has started about the creative economy, and cities are embracing design. They don’t just mean the Frank Gehrys of the world. Anything that could be called a design studio—that’s fodder for the new economy for real estate and increasing real-estate value. I think that this coming acknowledgement of the soft economy in all its manifestations is bringing with it a backdoor route for appreciation.

The social sciences are a constant and intellectual world that studies consumption, but those fields are virtually born out of not just disdain but hostility to all of this stuff. We used to argue that television makes people mindless, and comic books were denounced in front of Congress.

So what changed for design to gain this wider acceptance?

Apple changed everything. They hired IDEO as one of their primary design consultancies. They believed that design had a role in the finished product, from the operating system to the iconography. Then there’s Silicon Valley—it wasn’t a place of coal and steel. Design is considered effete—it’s not real men, and it’s not masculine. But [Apple has been] part of the hard road out of deferring to the world of coal, steel, oil, and chemicals.

Game designers are actually the same way. The look at the world of code as the measure of the worth of a product, but not necessarily its aesthetics. That’s changing a bit, but programming still rules.

You mentioned the ecosystem around the art world that affects how people perceive art. One of my big complaints has been the lack of use of italics or quotes in the media, because I think it affects the way people think about videogames as products as opposed to art. Design seems to have the same problem.

The media does play a role. The New York Times has this fellow Rob Walker.

Actually, his column is disappearing.

Well, there you go! I was hoping his existence was a ray of hope. I.D. Magazine closed, too. I would have thought they would be gaining ground.

So what happens if design never achieves a wider cultural acceptance and influence?

I’m not as pessimistic as your question suggests, because the appreciation of design as phenomenon is at an all-time high. This is one of the few realms where the U.S. is in a leader position, in terms of economic productivity. [Just like games!—ed.] I think that the trend line is positive, but design awards don’t rank up there with the Oscars. We still have a long way to go.