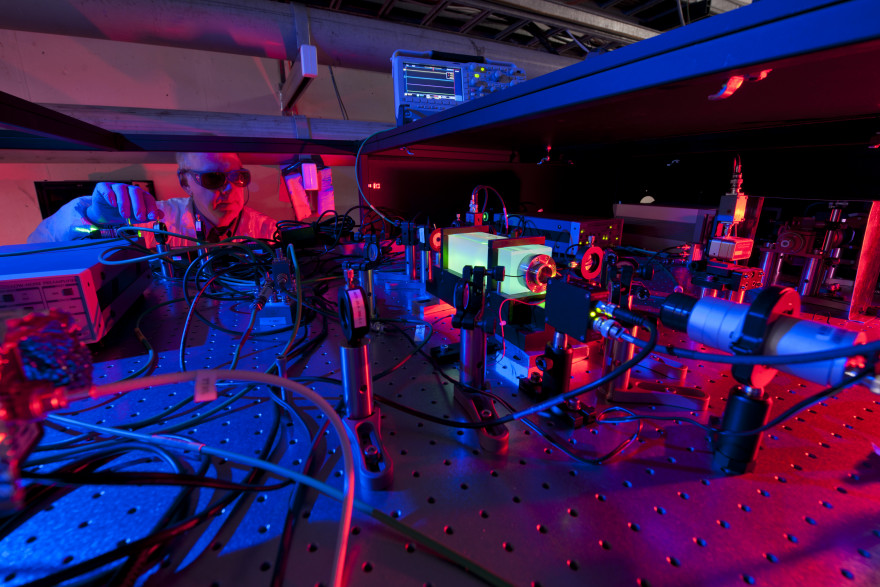 Most people will not argue with you when you say that we live in a digital society. But the world we live in might actually be a lot more digital than we know. It might be digital to the point where the whole thing is actually just a really complicated hologram. That’s not a very complicated and unnecessary retelling of the allegory of the cave: We might live in a world where our reality is composed of tiny bits that’s sort of projected onto something else.

A new experiment at Fermi National Accelerator Laboratory aims to figure this out. Led by theoretical physicist Craig Hogan, the director of Fermilab’s Center for Particle Astrophysics, the project will attempt to discover the limits of how much information is actually stored by the universe. Using Fermilab’s Holometer, a holographic interferometer, to measure “quantum jitter,” Hogan hopes to learn whether or not there is fundamental background noise in our reality, something that is simply a fact of space time.

Finding such a noise would be the first step towards proving something known as the “holographic principle,” which is the belief that our world is sort of “printed” onto sheets of light, just as the monitor you are currently reading this on uses pixels to create an image. Currently. the prevailing notion is that any background noise is the product of subatomic particles bouncing around. Hogan hopes that the Holometer, the most advanced such device in existence, will give researchers proof of an intrinsic universal jitter and a new avenue for thinking about the universe itself.