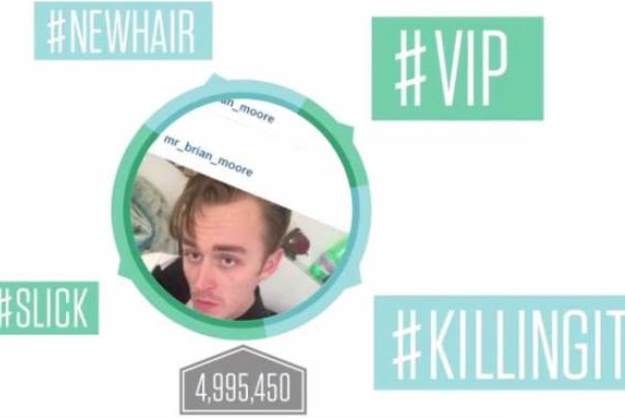 Social networks do not suffer a lack of people who are rather very much focused on themselves and constantly share selfies or post endlessly about their #abs.

Men’s grooming products brand Axe has partnered with New York-based ad agency Barton F. Graf 9000 to create an online tool called The Social Effort Scale, which analyzes people’s social media activity and tells them whether they are trying too hard or not hard enough.

As the name of the website says, The Social Effort Scale measures a person’s efforts or activities on social networks like Facebook, Twitter, and Instagram. The tool tracks the user’s social media posts, frequent hashtags (such as #abs and #selfie), the number of times they log on to the different social media sites, the number of times they mention themselves, and more. The site then uses an algorithm to determine the user’s level of social effort. It’s all quite “scientific,” according to the creators, as evidenced by the message that greets new users when they visit the humorous site.

The site greets new users with a message that says,

Our team of brilliant and well-compensated scientists has devised a formula to delve into your online persona, crunch the numbers, and form a comprehensive quantitative summary of your effort level in social media. Simply put, geniuses will tell you if you’re trying to hard (or not hard enough).

The Social Effort Scale rates a person’s social media activity as “not trying hard enough,” “effortless,” and “trying too hard.”

Aside from calculating an individual’s social effort, the online tool also gathers data to see how the individual fares with other people around the country, as well as the hashtags that are trending in various cities. For example, as of this posting, users in New York are trying harder than the folks in San Francisco. Also, according to the promotional video of The Social Effort Scale, the hashtag #selfie is used about three million times per week online.

Check out a video about the online tool below.