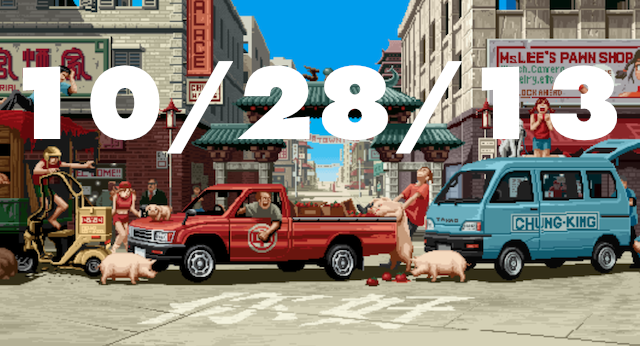 An anonymous person who we are forever indebted to has uploaded 125 animated GIFs from fighting games of years past. Feast your eyes!

“There is not nothing!” says the Pokemon creator in a poorly-translated French interview on the existence of an internal prototype of a Pokemon MMO. Either that or he is summoning Parmenides.

This fascinating video breaks down the terminal ballistics of bullets in Arma 3. These might be the most advanced videogame bullets anywhere.

The Interactive Fiction Competition is upon us. Once again, Emily Short, an old hat at writing I.F., regales us with her thoughts on this year’s best.

Since that entirety of our physical reality has been mapped out in Minecraft cubes, you had to figure the microscopic world was up next. qCraft explains the erratic principles of quantum physics with lovable virtual blocks.

Some long-lost footage of the canceled ToeJam & Earl 3 for Dreamcast has been unearthed. As they say, you can’t stop the funk.