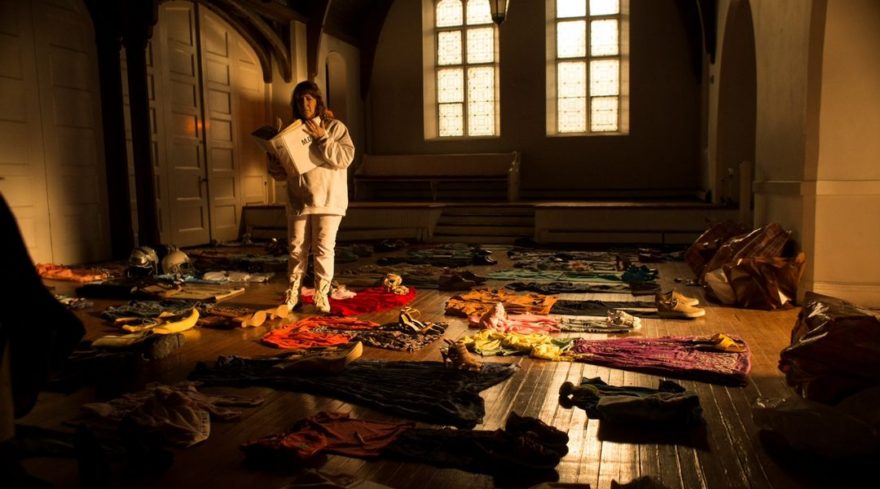 You may never have heard of Diane Lederman, but that’s only because her work is, by design, invisible. As a production designer, she is responsible for making the worlds we see on TV and film look believable. She recreated mid-80s Americana for AMC’s Cold War thriller The Americans (2013), and on HBO’s The Leftovers (2014) she envisioned an apocalypse at once heartbreaking, mundane, and chillingly surreal. (Ugh, the plaster casts at the end of season one.)

This last vision struck an oddly resonant chord with one of last year’s best games, The Chinese Room’s Everybody’s Gone to the Rapture (2015), which similarly aimed to explore the emotional aftermath of the apocalypse. Lederman joined us in New York for Kill Screen Fest to speak with that game’s environmental artist, Alex Grahame about the similarities between their fields. Afterward, I grabbed Lederman to chat about her creative process.

KS: You mentioned onstage that you had eight weeks to create an entire world. How do you get started with a new project?

It always starts with research. Even if you’re creating someone’s home you might off the cuff think oh, I know what a contemporary apartment in 2016 looks like, do we really? Because there’s such a variety of furniture and things that are out there so it’s like if I really want to channel a couple who are in their forties and making $150,000 to $200,000 a year and they have two kids, the truth of the matter is I don’t know what that’s like. I really don’t, because I’m a single girl living in Manhattan. It’s not only pulling images of furniture or apartments or decor, it’s really getting in there and reading about where their lives might be and what their inspirations would be and what would turn them on, what they might collect or what might interest them or excite them, and try to include that in their world and in their environment.

KS: In some ways it’s very similar to reporting, going online, finding stuff. Do you end up talking to people?

All the time. When I worked on Wall Street 2 (2010), I spent—for that one we had money and time, I had 12 weeks of prep on that job—I spent a good portion of it meeting with and talking with Wall Streeters. I have no interest in Wall Street at all, they were the enemy, but it’s kinda fun to be in those situations that you would never otherwise be attracted to, you have to find out about, you have to in some way sympathize with, and I got to know these guys.

KS: When you’re out in the world is it hard to stop looking at things as research?

This room is kinda sad but upstairs, even, just the environment, watching the people, because environments are created by people, so like watching them and watching what they do, who they are and what turns them on, helps me understand their particular line of thinking. 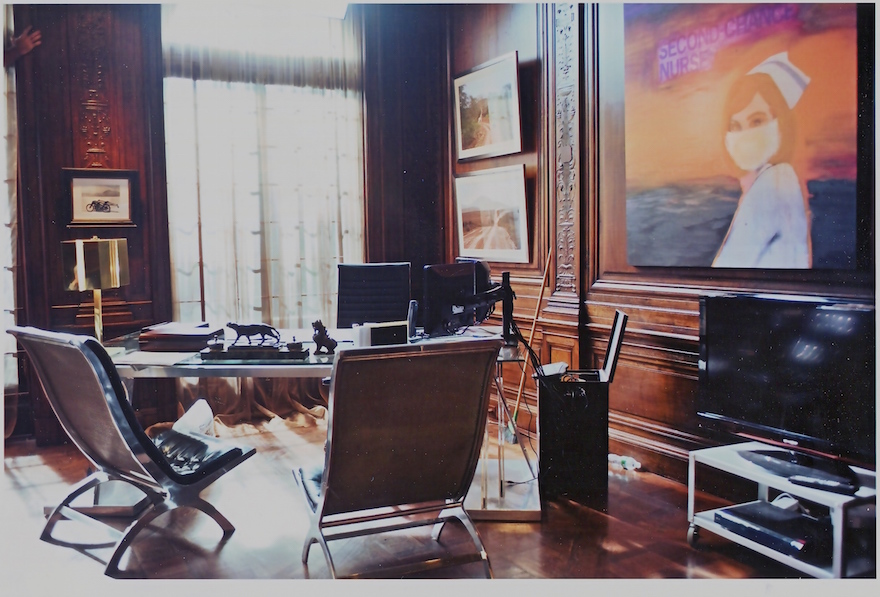 KS: In some ways your work strives toward invisibility, to be unnoticed. Is there something in your own work you’re really proud of that no one else might notice?

On The Leftovers there was a scene where we really recreated an entire street and I’m trying to remember when and where it was. The kid, Chris, he goes to a mailbox to pick up a drop for money, and so there was this entire street that we decorated, and I don’t know if people picked up on it, but we had an entire billboard about lawyers, and how to get cash for severance of your departed, and there was an entire fence that we covered with stuffed animals and a cross and ribbons. It was three days of work, we did all the storefronts, even the houses themselves, we’d go in there and we’d strip them down and recreate them from the bottom up.

KS: So are you stripping it mostly for your purposes or are there other concerns?

Anytime you create a movie or TV show, not just for production design, if everything that is in front of the screen isn’t intentional, then you’re making a mistake. That is first and foremost. Also when you work on locations I don’t want to use any of the homeowner’s stuff unless they’re okay with it, because it’s going to get damaged or lost or hurt or mixed up with our stuff in some way, so it’s safer for everyone if we just go in and take all of their stuff out.

If everything in front of the screen isn’t intentional, you’re making a mistake

KS: What are you working on now?

It’s called 13 Reasons Why, based on a young adult bestseller by a gentleman called J. Asher, and it’s about teenage suicide and cyberbullying and social media, and the opening story this woman kills herself and leaves behind 13 casette tapes, and these tapes make the rounds to different people who in some way had a hand in why she did what she did, and so each episode is a different tape. We want very much for this to not be placed anywhere specific, because we want everyone to be able to identify with it, we’re not even naming our town.

The coffeeshop in the town is this main set that kids return to over and over, it’s called Monet’s, so I wanted it to not feel too hipster, not feel too contemporary, not feel too dated or too provincial, so every set is kinda like that. You have to find a medium ground and still have a sense of style that will excite people and be evocative in some way shape or form, and that is something I’m excited about. What we decided to do was rent an empty storefront and create our own. We (also) just took a storefront and I’m turning it into a vintage movie theater. So what the hope is is that no one will realize we’ve created these and just accept them, and in a way that answers your question, because this theater will look as real as it possibly can, and people will accept that it existed, but the reality is it’s this completely derelict building that I’m turning into a movie theater.

This interview has been edited for length and clarity.