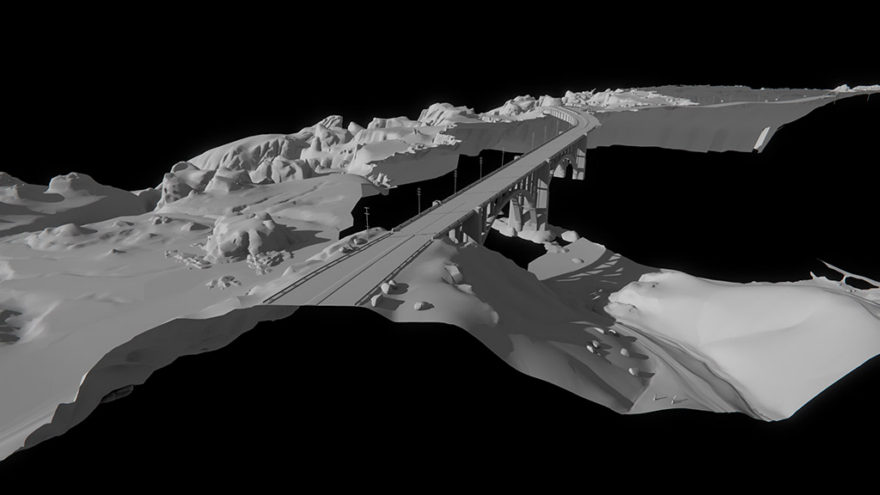 Three years on and people are still finding new ways to look at Grand Theft Auto V (2013). This time its French digital artist Hugo Arcier who has reinterpreted the game’s world without a population. He calls it GHOST CITY—a video installation that was first shown at his exhibition “Fantômes numériques” at Lux Scène Nationale from April 29th to July 9th earlier this year.

“The focus is put on architectural and graphic elements. It is a meditative and captivating experience,” writes Arcier about GHOST CITY. “This virtual universe solicits both the present (the experience of the artwork) and the memory.”

Arcier mentions that he was inspired by Titus Lucretius Carus’s philosophical poem De rerum natura (On the nature of things). Lucretius used the medium of poetry to explain the atomism to a Roman audience. It seems that Arcier is trying to do something similar, but using Grand Theft Auto V as a medium, which is perhaps more appropriate for a modern audience.

Significant in atomism is the idea that everything in nature can be reduced to either an atom or a void. This is something that Arcier’s reinterpretation of Grand Theft Auto V achieves visually: the game’s virtual landscapes are made textureless, all white shapes and shadow, while everything around it is a black void.


The point of seeing the world like this in terms of atomism is to free people of their fears, particularly of the supernatural and, in Lucretius’s time, the power of the Roman gods. The theory is that this leads to a state of tranquility and freedom from fear, and in Epicurean philosophy—from which atomism is derived—these two states are what lead to happiness in its highest form. Perhaps this is what Arcier wants us to see when we look upon GHOST CITY.

Arcier is hardly the first to present Grand Theft Auto V in a different light. Along with Kim Laughton’s haunting mod that turns the game into a black-and-white horizon, there is Rachel Rossin’s tribute to the game’s sunsets in “After GTA V,” Morten Rockford Ravn’s existentialist Grand Theft Auto V photography, and Brent Watanabe’s self-playing deer that was streamed 24/7 on Twitch.

Find out more about GHOST CITY on Arcier’s webpage.