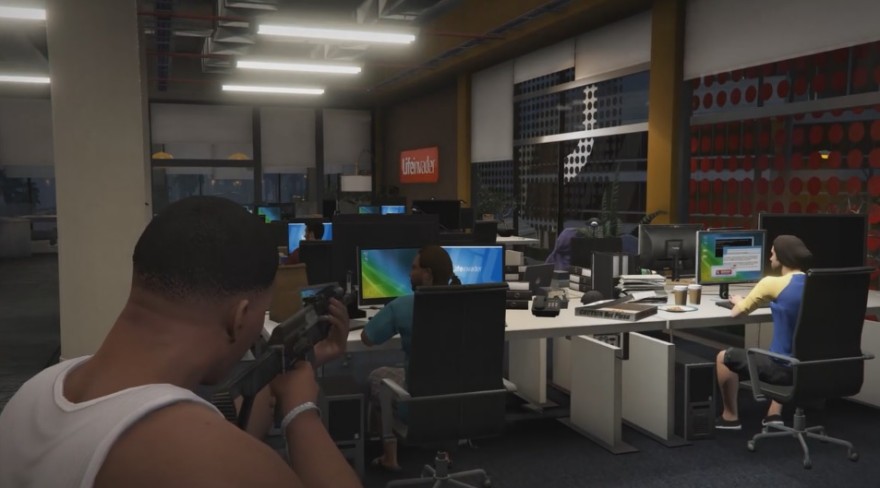 There is no logic to it, but it happens with enough regularity to be memorable: A tragedy occurs, and days later, journalists report that if it wasn’t for a quirk of fate it might have taken another victim. To wit, Dutch cyclist Maarten de Jong switched flights from Malaysian Airlines flights MH370 and MH17 at the last minute. The former flight is still unaccounted for and its passengers presumed dead while the latter was shot down over Ukraine. There is no genius in finding a cheaper flight or one with a shorter layover, as De Jong did. Nevertheless, he lived and others with tickets did not. There are no real lessons to be gleaned from De Jong’s experience. You will not have better chances of avoiding calamity by asking yourself what Maarten de Jong would do, but that does little to quell the temptation.

Even though random luck such as De Jong’s is fundamentally meaningless, it still informs how we think about tragedies. This idea courses through French digital artist Hugo Arcier’s 11 Executions. Filmed within the universe of Grand Theft Auto V, the 35-minute short film reenacts 11 different tragedies, some of which have been drawn from the headlines. To say the film consists of 11 executions, however, is a bit misleading. Each execution is actually carried out twice, with the game’s AI deciding on the precise details of when the shooter starts shooting or who gets shot. The tragedy itself is inevitable, but the question of who lives and who dies is largely random.

Though it was filmed within a game and relies in no small part on that game’s AI, 11 Executions demonstrates very precise formal control. Each execution follows the same pattern. The camera follows the murderer in a long tracking shot as they approach their victims. The precise moment at which this prelude will end is one of the short’s larger mysteries. Then the violence starts, some of it is seen but much more is heard while the camera lingers on the bodies of the dead. 11 Executions is plenty brutal, but it feels no need to show everything. The whole point of the exercise is to highlight how these simulations of the same incident differ; Arcier establishes the basic plot and then relies on his viewer to notice the small, random differences that crop up.

the camera lingers on the bodies of the dead.

The problem with 11 Executions lies in its larger ambition, which Arcier describes as “[using] the power of simulation of video game and try to clear up the motivation of these incomprehensible acts.” There is, however, nothing in the film—or its constituent segments—that explains why any of these actions are happening. Each segment opens as the murderer walks up to their victims. The decision to act has already been made. Consequently, the film never really clears up any of these motivations.

This does not mean that intentional acts of violence cannot coexist with a certain degree of randomness. The motivations of terrorists are largely understandable even though there is not always much logic to why victims were in the wrong place at the wrong time. Life allows for these dualities. 11 Executions, for all that it does well, tries to do the same but comes up short.