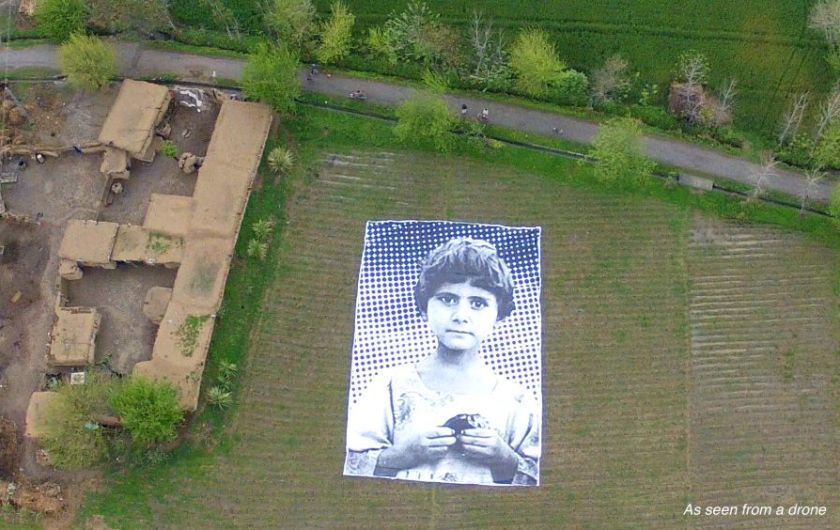 You know the rap against predator drones. Operators thousands of miles away are making hits on targets who are but tiny blips on the radar. It’s a cowardly if efficient method of killing, as the drone operator slang “bug splat” for a downed person of interest clearly illustrates.

That’s why a collaboration of artists has unrolled a giant tarp containing the face of a drone victim whose parents and siblings were killed by drones. As reported by PolicyMic, the idea is to give the military men peering down from a bird’s-eye-view on the Khyber Pakhtunkhwa region of Pakistan—an area heavily policed by drones—a good look at the people they are committing violence against. And from the looks of it, the effect is haunting.

image via Not a Bug Splat