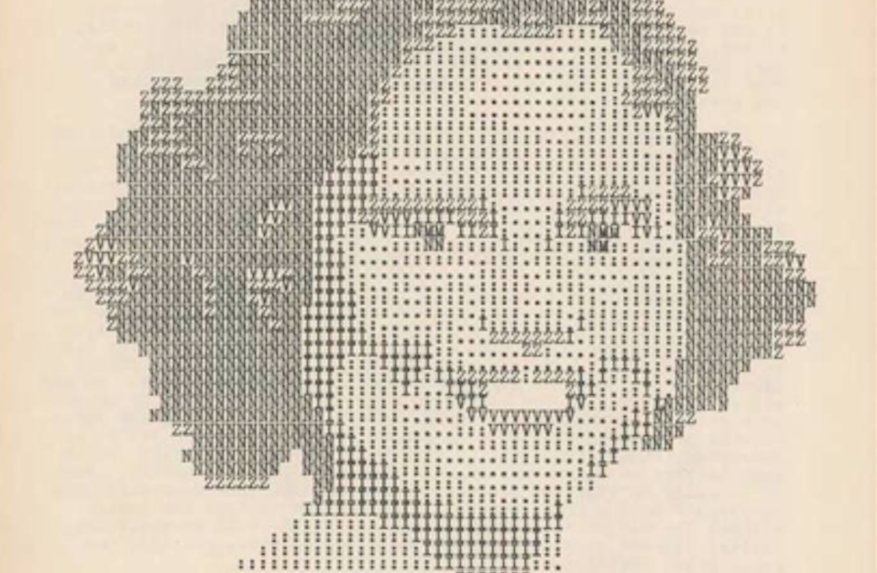 If not for ASCII art, we wouldn’t have ASCII games like Candy box and Dwarf Fortress. And that would be terrible. So the way I look at it, we are greatly indebted to “ARTYPING,” which was invented in the early 20th century and done on typewriters. Some early examples of this forgotten art-form recently turned up on the blog of Lori Emerson, an English professor at the University of Colorado Boulder.

Along with a portrait of Shirley Temple composed of X’s and semicolons, she also posted some endearingly hokey old-timey excerpts from the book she found it in: ARTYPING (1939), written and drawn by one Julius Nelson, an instructor of Secretarial Science. In it he wrote that “really tremendous possibilities lie ahead to the ambitious, to the talented, and to the patient typist.” If he only knew.