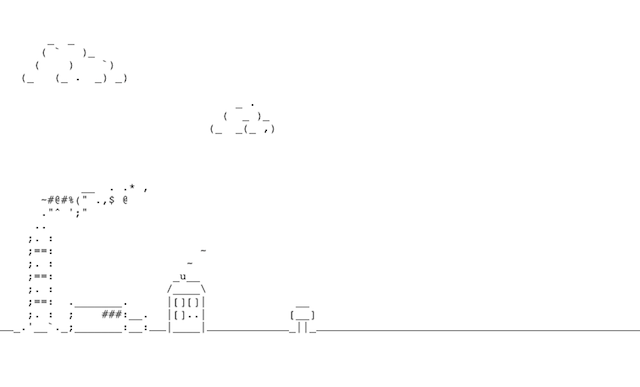 Candy Box was a wonderful joke. It had a small but influential portion of the Internet wondering how a game that uses keyboard symbols for graphics could be playable, much less awesome. Candy Box 2’s punchline was self-referential: how could a game that was a joke justify a sequel? It, too, was inexplicably awesome. The thing was these games were good inspite of their feigned badness. Thus begun ASCII art’s improbable comeback.

Since then we’ve seen more than a few copycats, and The Gold Factory is the latest. Not much is known about who created it other than he or she frequents Reddit and that they borrowed some of their ASCII clouds from GeoCities, which seems like a haven for ASCII.

The first thing you notice is that The Gold Farm pretty much looks and plays just like Candy Box. This is a missed opportunity. A quick history lesson will show you that ASCII is more than just ASCII. What we see in games like Candy Box and its imitators is known as the “Oldskool” style, with Candy Box particularly indebted to the work of the punch-card artist Arambilet. But surprisingly there is much more to the field of ASCII: Newskool, ANSI, As-Pixel, Block ASCII, 4-color ASCII. Not to mention “ASCII pr0n” and those elaborate renderings of Che Guevara. All I’m saying is ASCII is ripe for an explosion.