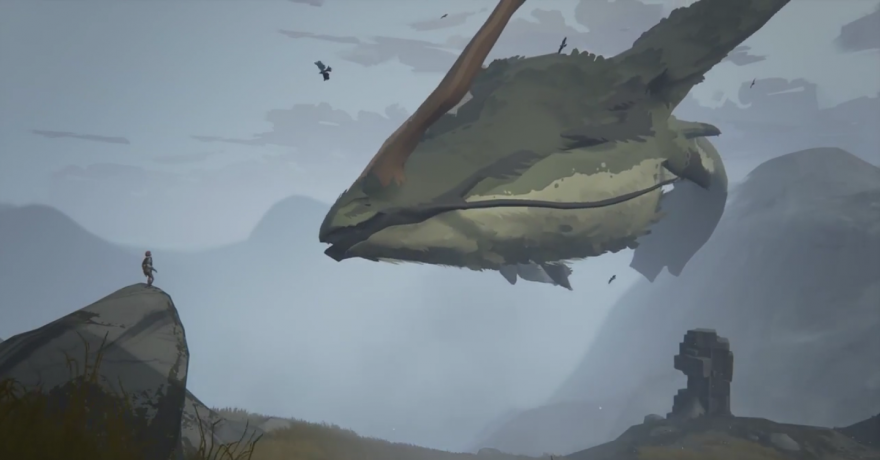 The announcement of Ashen gave me stress flashbacks to swearing loudly and trying to slow down my racing pulse after failing yet again in Shadow of the Colossus. In its new trailer released at E3 today, the adventure RPG looks like a composite of all of the fantasy stories that have touched my heart.

The world of Ashen is without natural light, its only light source coming from the ash that blankets the land. Like Journey, Ashen features multiplayer, but it’s not of the confrontational variety. You will encounter other players in the middle of their own stories, and can choose whether or not to interact with them. While building your home and navigating Ashen‘s brutal landscape each choice is vital potentially deciding whether you live or die.  Every encounter carries weight and bears the threat of disastrous consequences. As you build your homestead, you must take risks and decide in whom to place your faith as allies; your survival is dependent on trusting strangers.

Developed by New Zealand-based indie studio Aurora44, Ashen is slated for release on PC and Xbox One in 2016.