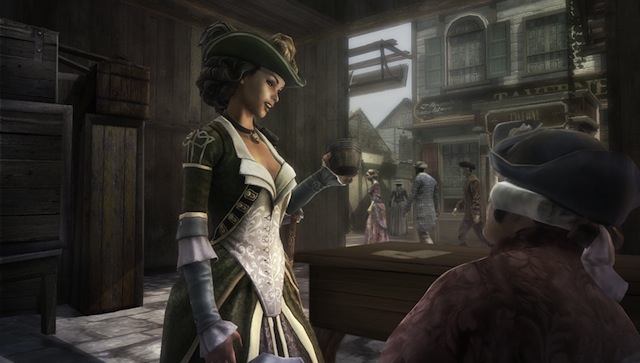 We all agree that the days are numbered for the helpless, hyper-sexualized, damsels in distress in videogames. But will an outdated archetype simply be replaced by new ones?

At a talk given yesterday in Los Angeles, Jill Murray contended that a slew of more suitable roles for women characters were readily available with a few mouse clicks. “You type anything into Google and then add ‘women’ after it,” she said.

As a narrative designer at Ubisoft Quebec, Murray is in the position to bring truer depictions of women to life.  She’s responsible for penning games in the Assassin’s Creed franchise, including the historical Assassin’s Creed: Liberation and the swashbuckling Assassin’s Creed IV: Black Flag.

“This is less of a call to action and more of a look to the future of a time when we will move beyond common archetypes and find new inspiration for a greater variety of games,” she said.

It’s not all a hypothetical future. Murray’s best-known character is the French-Creole Aveline de Grandpre, a agile, ruthless, and strong-willed female assassin who takes vengeance on slave traders, (who are actually Templars in Assassin’s Creed’s overarching conspiracy plot, of course.)

We’d love to see more characters of de Grandpre’s ilk, but the general tone of Murray’s point seems off. Namely, she calls the talk “Binders Full of Women: Diversifying Feminine Archetypes in Games,” and then goes on to speak about the variety of roles women can fulfill. However, wouldn’t it be better not to think of women as archetypes at all, so that making assumptions about someone based on gender could be avoided altogether? Just a thought.