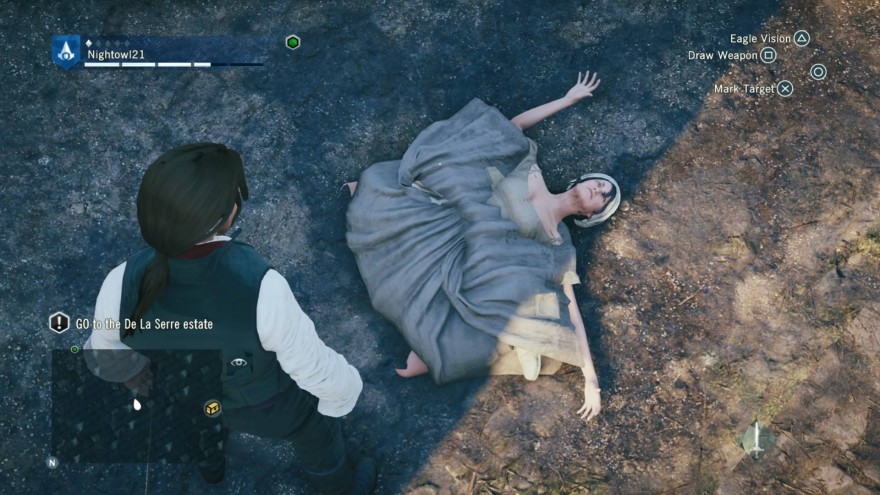 As a vehicle for social commentary the Assassin’s Creed series has been squishy from the start. The Crusades, Renaissance Italy, colonial America, Pirate Times: the franchise has treated these disparate eras with a special blend of endless droning expository babble and deep-thoughts metaphysical pondering.

But I have stumbled upon a strange and wondrous potion. The latest in the series, Assassin’s Creed Unity, tackles the still-relevant schisms that led to the French Revolution not through words—no, not through words, friends, but through images. The potency of Unity‘s imagery is like standing before a master’s canvas, the whorls and ridges of the brushstroke like the delicate threads that form thought, brought to tears at the all-encompassing enormity of the thing. These are shocking, visceral realizations of a time when inequality begat terrible violence, a Cronenbergian rendering of social upheaval-as-physical degradation. Behold:

We begin simply. The protagonist looks on at his countrymen, as they drift, unaware, inches from the void. The scales are tipping. The calloused hand grips the noose. The guillotine groans in its frame. 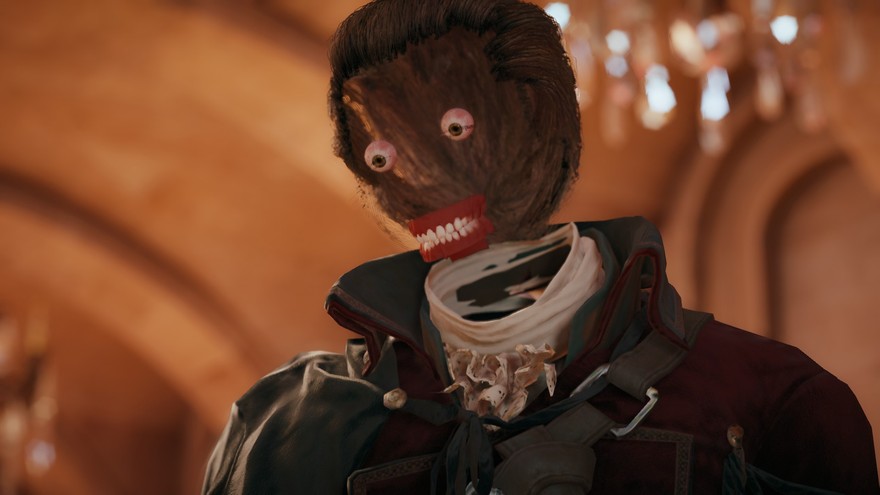 And then, with as little warning as was given on July 14th, we are assaulted with the true face of the monarchy. The subtleties of this piece are breathtaking: not only is the figure fleshless, but also completely without a skeleton, suggesting the formless chaos at the heart of Louis XVI’s rule. And the eyes, the teeth in their awful ruddy gums, a garish mockery of humanity. Giving me shivers! 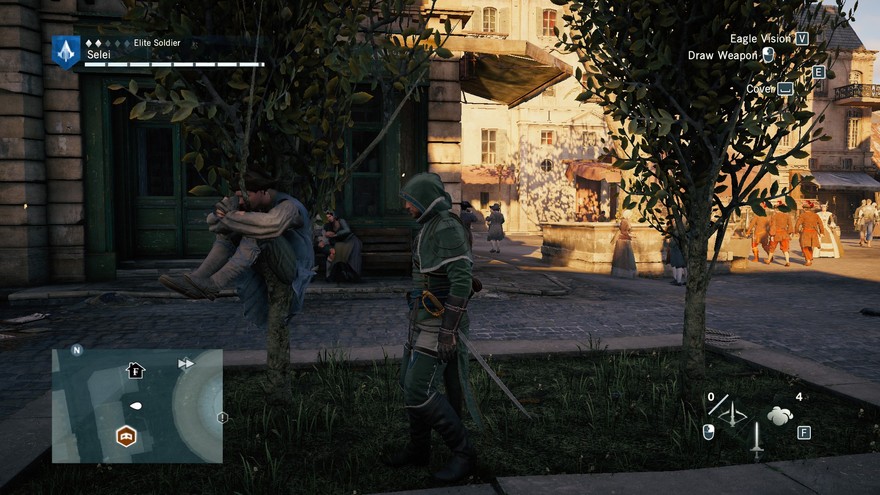 And here, one of the more outre pieces. A peasant being violated by the earth itself—tasteless? Offensive? These are the tightropes of taboo that Assassin’s Creed Unity deftly navigates. It is as if France itself, the soil, the trees, the very air is in revolt against its human tenants. I can nearly taste it. 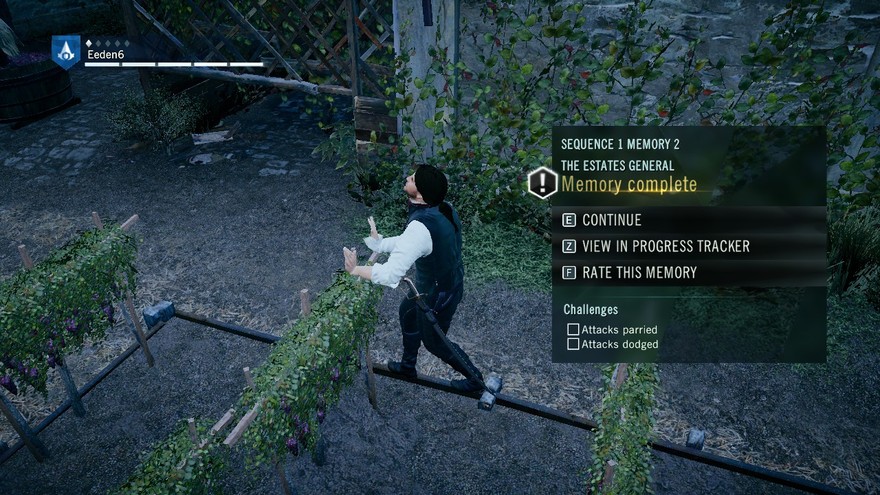 The endless toil of the peasant. “Memory complete?” In the drudgery of physical labor, scraping pennies together after a day of backbreaking work, there is only one memory: pain. I can feel it too now, getting close as I feverishly transcribe these findings. My hands are shaking. 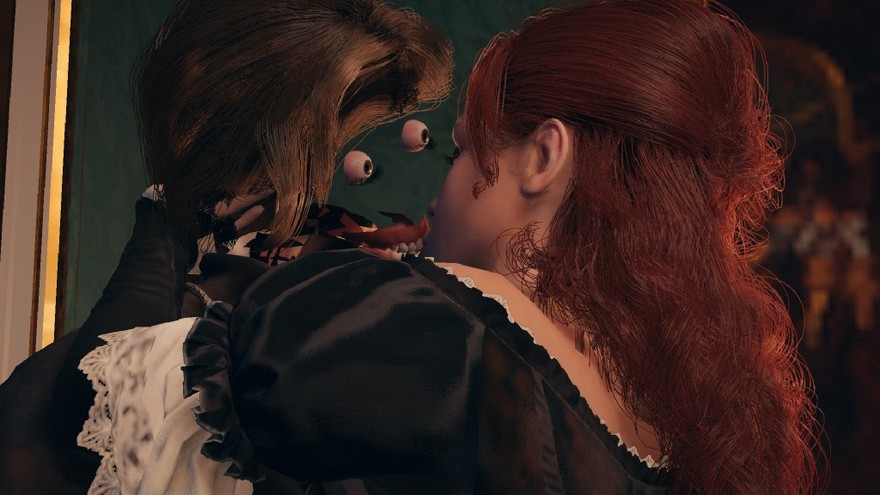 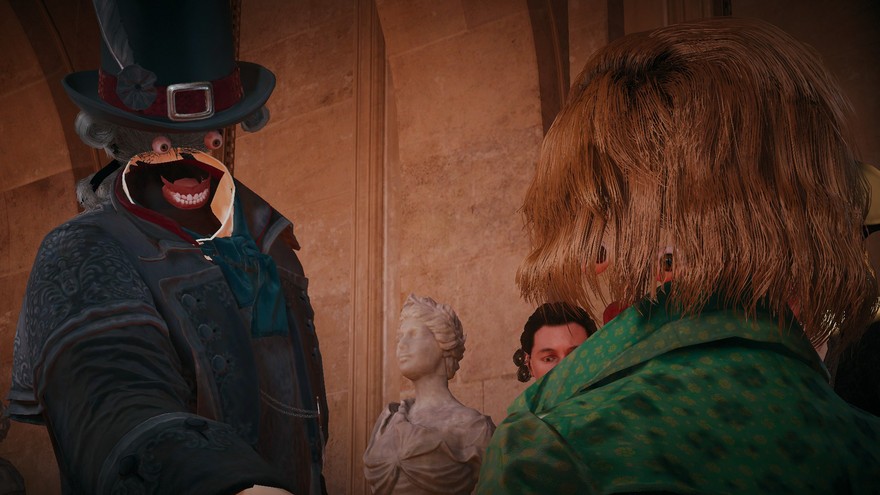 And these, again exposing…oh God. No. I hear a noise at the door, as of some immense polygonal body glitching through it. It shall not find me. God, those teeth! The window! The window!