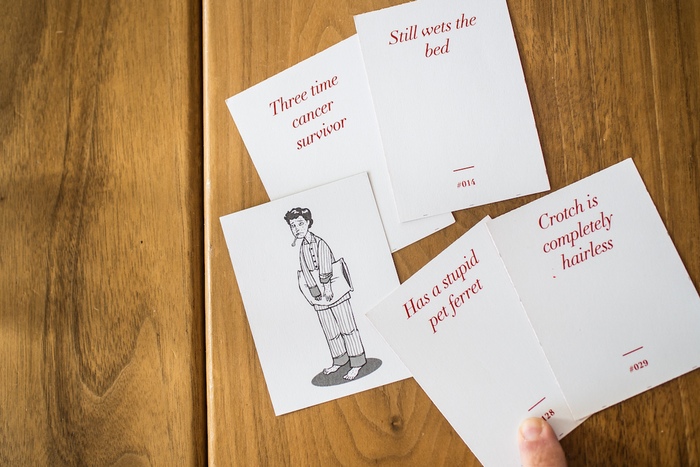 “There is nothing either good or bad, but thinking makes it so.”

Admit it: everyone judges each other at least a little. No matter how enlightened or “nice” you are, human brains are geared toward labels, categorizations, and assumptions. In fact NPR’s Invisibilia podcast ran an episode on the power of categories, and why we need and crave them.

To summarize, we need categories to conserve brain energy. Can you imagine if, each time you saw a chair, your brain was like “okay, what is that?!” Exhausting. We need neural short-hands to get things done. Of course, this hardwiring can get pretty hairy once it’s applied to human beings. But it’s important to understand that categorizing each other is a natural (if primal) impulse.

But fear not, friends, because having brains that make assumptions doesn’t mean we’re inherently evil. In fact, sometimes, labels can even be fun and helpful. As social creatures, human beings crave group identification. Why do you think we’re drawn to rally in our masses to root for different sports teams? Alone, we’re a single weirdo with an obsession. But together? We’re a community of people that share a common love.

What I’m getting at is that you shouldn’t feel too guilty about playing Assumptions. It’s a hysterical tabletop card game that asks us to be honest with ourselves about stereotyping and thinking in labels. It posits that this is the first step to looking past them. Or, at the very least, honesty can help us laugh to keep from crying.

Let’s break it down: Assumptions works by combining the format of Cards Against Humanity with the schadenfreude of judging other people. During a round, one player picks a character card (drawn hilariously by artist Lauren Baker), and the others pick an “assumption” card from their hand which could apply to said character. The character-card player picks the funniest jib, everyone has a good laugh about how terrible they are, and you move on to the next presumption.

But, you know, there’s more to it than the Cards Against Humanity tendency toward offensiveness for the sake of it. There’s humor in actually breaking stereotypes, like for instance, saying Grandma over there “actually probably killed a guy.” To the artist’s credit, there’s an unmistakable humanity in how the characters are drawn, so you can’t help but see parts of yourself or loved ones in the stereotypes.

To some extent, you feel like you’ve met some variation of these people in your periphery sometime. And the prospect of being surprised by them with oddly fitting yet unexpected assumptions is actually pretty exciting. Maybe this bro-dude in a speedo really did launch an indie Kickstarter project. It seems likely, huh?

Assumptions also feels a lot like people-watching (you know you all do it). You acknowledge that everyone’s their own individual, living their own complicated life—but, at the same time, we all have those “gives,” the little quirks that reveal which labels we identify with. Whether oppositional or accepting, we face the biases of others head on, and it hopefully makes us better for it—more human and complex. It reads like an interesting use of humor as a mirror: showing an honest reflection of our presumptions that simultaneously reveals the arbitrariness of those biases.

There’s already 90 characters cards drawn so far, but ten lucky Kickstarter supporters will be able to lend their likeness to getting made fun of by people all around the world. You can pre-order a deck of Assumptions yourself and help creator Tyler Fink reach the funding goal while you’re at it. The shipped date as of now is July 2015.