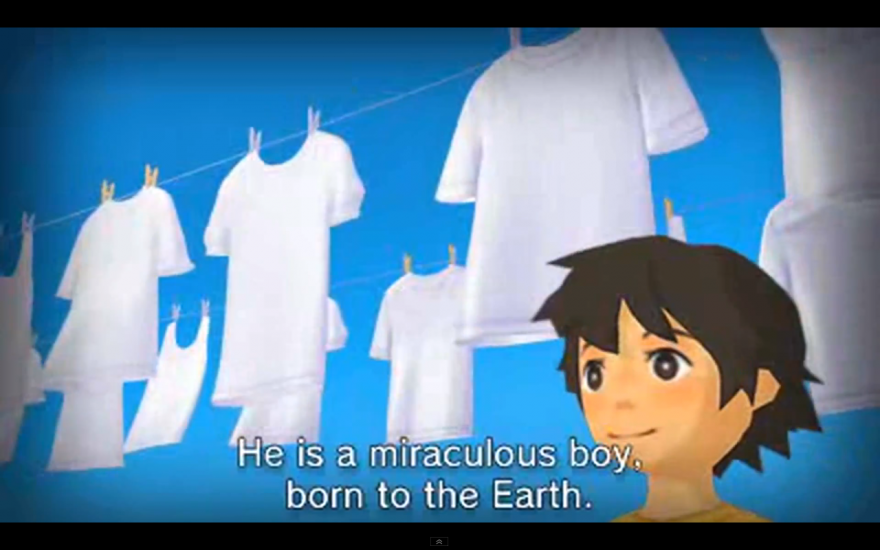 Title:
Attack of the Friday Monsters!: A Tokyo Tale

In 1994, one plain afternoon after our seventh grade classes got out, James Kanak and I forewent all reason and began what would be known as “The Journey.” Normally we would be picked up by a parent or take the bus home. But something gleamed in the air on that fateful day. When we stepped outside Berkshire Middle School in Beverly Hills, Michigan, fate spoke to us: wind rustled nearby oak leaves in a peculiar fashion, as if whispering advice; acorns dropped one after the other, spelling out our mission in subconscious morse code: G-O.

So we went. We walked away from our classmates, bookbags slung on our back like hobo luggage. Cars zipped by spraying gravel and dust in our eyes. We ducked down side streets, uncertain of the path before us. At one point a languid figure shimmered in the middle-distance; we arrived to find a fellow student, the New Girl (and frequent topic of late-night sleepover conversation), coming toward us. I don’t remember what was said. We walked together for a bit before parting ways and heading home, giddy with hormonal fever and exhilarated by the effort of our steps.

The Attack of the Friday Monsters: A Tokyo Tale is about this day. Not that exact day, of course. The game’s creator, Kaz Ayabe, is well-known in Japan for his Boku no Natsuyasumi (My Summer Vacation) series of games, but until this 3DS eShop release, his work has never been released in the West. Which is a shame, since the story of A Tokyo Tale, infused in Japanese culture as it is, is really the story of any child growing up in a place no bigger than their neighborhood, where the corner store holds untold secrets, backyards are ancient ruins, and beyond the train tracks lies another world.

Much of the game plays out like a television show, with episodes named after newly-made friends or mysterious strangers. An omniscient narrator speaks, revealing your main character’s thoughts. You encounter one of the “bad kids” around town and Fight music begins to play, as if the monster is right in front of you and it’s time to duel.

For the first half of A Tokyo Tale I wondered if this was the trick: If the game’s titular “Monsters” are in fact the local bullies, or the misunderstood father, or the confusion that comes from meeting a pretty girl. These are all worthy grade school nemeses, near impossible to defeat. Continue playing and you realize the game isn’t just extended metaphor, though the story suggests these day-to-day obstacles are indeed the truer, and tougher, foes to vanquish.

Continue playing and you realize that the game isn’t just extended metaphor.

You play a new kid in town. Your dad is a dry cleaner and your mum is unimpressed. The entire game takes place over the course of one Friday. Our story begins as you’re sent on an errand to return a neighbor’s clean laundry. This is no apocalyptic dystopia; A Tokyo Tale understands an ordinary day in a young child’s life is replete with danger and adventure (if only in their imagination), and this provides more dramatic thrust than most The World’s Gonna End! paint-by-numbers narratives.

A Tokyo Tale understands an ordinary day in a young child’s life is replete with danger and adventure.

That mix of innocence and awe is reflected in the game’s mechanics. You’re not able to do a whole lot. Your moves are limited to those that any other fourth grader could do: Walk, Talk, Pick up shiny things on the ground. You never gain the ability to unleash combo attacks or acrobatic parkour speed-runs. You’re never not an ordinary kid. But that doesn’t stop the extraordinary from happening.

You do find and build up a set of cards to play a popular game with local kids you meet. Defeat your adversary and become their “boss;” they are now your “servant” and must do as you say. Speak from a list of magic words and you’ve cast a mighty spell. No sparks emit from your hands, nor does your opponent change into a chicken; these are just words, but your friend falls down anyway, because those are the rules. A MegaShield is and always will be more powerful than any real-world slab of ore.

In stories, symbols carry a weight beyond their practical value. Games, like childhood adventures, represent this intangible worth better than most media. Here a pretend spell can defeat the monster, just as a toddler’s bowl of muddy sand transmogrifies into delicious stew, or a two mile walk from school to home becomes an epic journey.

Attack of the Friday Monsters!: A Tokyo Tale reminds us of the power of everyday encounters. We don’t need plasma rifles or super mushrooms to experience grand adventure. As kids we realized this. All we needed then was to walk and talk and pick things up. That hole in the ground? An impact from a UFO. That well that makes mysterious sounds? I hear a creature lives there. Eventually we’d run to that hill overlooking town, just to see what’s visible down below. Maybe something amazing is waiting for us right now. Maybe it’s nothing, a bulge of uncut grass. You’ll never know unless you take that first step.