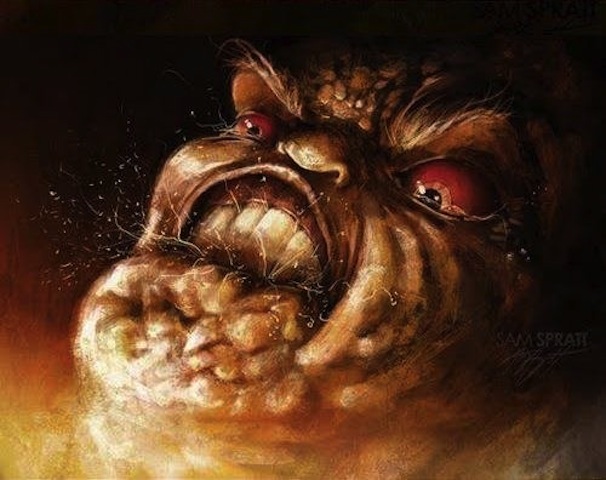 If you are reading this, there is strong chance you are already mad. And if you aren’t, you probably will be by the end. Really, the odds are basically nil that you will leave here happy. But don’t blame me. The internet has a knack of bringing out the loathing we typically reserve for the Spanish Inquisition, cannibals, and Derek Jeter. Authentic moral outrage is the new Displeased Cat meme.

This is especially true of the deathly serious subject of retail video games. For instance, last week, when the news broke that Nintendo had struck a deal to publish Bayonetta 2, the sequel to the best game ever about a Sarah Palin-lookalike crucifying angels with her ponytail, loyal fans were prepared to storm the Japanese embassy, or at least call and hang up on the Nintendo Power trick and tip line.

You know the drill. First, some people got angry. Then, some other people got angry at those people for getting angry. By Thursday night, the dialog had turned into an exchange of Joe Pesci quotes from Casino. Then, the mob showed up on Bayonetta creator Hideki Kamiya’s Twitter account, leaving suicide notes, death threats, and in general letting him know that god is dead. It was the opposite of Oscar Wilde’s grave.

What caused a sequel to inspire such wrath? For the uninitiated (which is to say, the amused), it may be best to explain this in terms of East Coast, West Coast hip-hop rivalries. Just think of Wii U as 2Pac, and Playstation and Xbox as Puffy and B.I.G. Bayonetta used to roll East Coast, and now it’s West Coast, and if Nintendo doesn’t stop frontin, then Mario’s gonna end up six feet deep in the desert, etc etc. Did that help? Another reason is that the Wii U controller is the size of a bathroom scale.

Above: Bayonetta on the Wii U. Yep, that’s what people are upset about.

The next course of action for the Bayonetta haters was to organize the strangest boycott known to man, which at the moment appears to have fourteen active participants. For some reason, it involves purchasing a used Wii? I’m not sure that even counts as a boycott. It could just be an opportune viral marketing campaign cooked up by GameStop. But don’t laugh. A somewhat similar tactic worked last year, when thousands pre-ordered Xenoblade on Amazon, a Japanese title that had been canceled, persuading Nintendo to localize the game.

Then, there was the Take Back Mass Effect movement in March, where the internet collectively bitched and moaned until Bioware agreed to put a new ending in Mass Effect 3. At first, I thought of it as Occupy Wall Street for Trekkies, for the gainfully employed, and for those afraid of being pepper-sprayed. Now I understand that we are simply living in the age of internet activism, where no cause is too great, too small, or too dumb to complain about. Not even fun things, like games with witches in high heels, are safe from raving lunacy. This is exactly what Nietzsche said would happen, I think.

Look, I realize social networking is an invaluable tool that leverages the social order and shifts world boundaries and so on and so forth. We had Tahrir Square. SOPA was great too. But can we at least save the activism and the outrage for things that really matter, like giving the Wii U a new name?