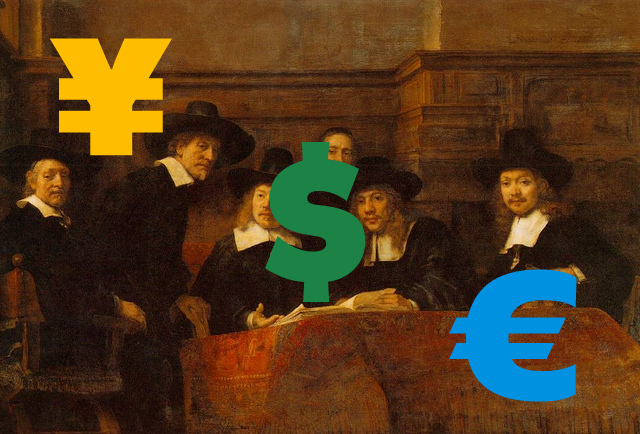 Long have we separated reality from make-believe. While little Susie plays in her sandbox, Dad reads The Economist, soaking in the world’s news. Susie mixes a potion of dirt, water, and a splash of V8, offering the tonic to Dad. “Mm-mmm!” he says, fake-drinking the noxious liquid, before returning to an article on inflation.

One might say that Susie is lost in imagination and wizened old Dad is attentive to what truly exists. But the boundary between play and reality crumbles with every story we read: couples divorcing from envy over a virtual affair; persistent players making a living by selling in-game currency. The inverse has occurred in Animal Crossing: New Leaf, where faults in the real world have cracked open what was once a digital, controlled paradise. A newly uncovered glitch allows villagers to duplicate items as they trade with others online, making a rare object suddenly commonplace. Bells, the in-game currency, can now be multiplied many times over, rendering them near-valueless. Within a week of the glitch’s discovery the in-game economy has collapsed.

It’s tempting to chuckle politely at this game world, as we do to Susie’s attempts at mixology. It’s not real, so what does it matter? But there are unsettling overlaps between Nintendo’s candy-coated forest society and the one you re-join after putting your 3DS away. Game economies, far from isolated systems, resemble our own in a number of ways. At best, disruptions like New Leaf’s deliver a warning shot across the bow: Be careful or this may happen to you. At worst they are a portent of future real-world disaster, unavoidable and imminent.

In 2007, Julian Dibbel wrote about day-workers employed gathering World of Warcraft loot. He turned his New York Times Magazine article, “The Life of the Chinese Gold Farmer,” into a book titled Play Money: Or, How I Quit my Day Job and Made Millions Trading Virtual Loot. The first sentence reads like a slap in the face to those not yet paying attention:

“This is a book about make-believe value in make-believe worlds, and it makes the case, I like to think, that there really is no other kind.”

His point is that value has no objective number. In a capitalistic system, value depends on factors established by the crowd. In a pre-industrial age, the eighteenth century economy hinged on bartering and tradeposts. Objects weren’t mass-produced; each was sold under unique circumstances, depending on material, need, even time of day. Negotiation and haggling took the place of price stickers and clipped coupons. In the twentieth century, manufacturing processes sped up to such a degree that more could come from less: a factory that made 20 cars in a day could now make 2000; a plot of land yielding 100 barrels of corn could now grow 10,000. Things got cheap. Yet value itself remained elastic, determined by rules made up by those selling and buying: a kind of make-believe.

Value has no objective number.

These days, if you believe, you can make. In the twenty-first century this scale of efficiency is set to increase many times over. With the advent of 3D printing, objects previously impossible to find or available in limited quantity will be a button-press away. Payment increasingly reliant on credit takes physical currency out of the picture; who cares about the twenties in your pocket when your Visa card’s limit is five grand? Even credit cards are antiquated technology; savvy customers have paid through their smartphone for years, not to mention that there’s an online marketplace that does business in the billions, all solicited through twelve-digit numbers and digital signatures. Dibbel’s subjects, spending hours a day clicking on monsters for gold, were a snapshot of our present.

But at least flesh-and-blood patrons can’t exploit glitches for tangible gain … right? Well, not so fast. A handful of recent events should shake our confidence in an economic system given over to digital gatekeepers. When money is no longer clothe and mineral but binary code, our wallets are forever in the cloud, open to manipulation beyond our control.

Chris Reynolds, for example, woke up this past July and checked his PayPal account, the popular online payment service. The balance read over $92 quadrillion. That’s a lot of Bells. A better man than I, Reynolds acknowledged the error to PayPal, who corrected the glitch. Back to zero for Chris. He could always have invested in Bitcoins, a new kind of digital currency based on peer-to-peer exchange–unless, of course, he lives in Thailand, where the government recently made trading illegal until the intangible coins are officially licensed by the national bank. At least he can feel confident in his stocks; the market has steadily recovered since 2008, with the Dow Jones at record highs again. Oh, except for May 6th, 2010, when it lost 1000 points in the span of minutes over fears of Greece’s debt crisis.

Even our daily economic reality resembles more and more the whim of a callous game designer. Inflation has been a basic fact of life for so long we forget that it’s not some natural law we’re beholden to; there’s nothing at the dollar bill’s molecular level that says, “I will lose value over time.” We created this problem.

Even our daily economic reality resembles more and more the whim of a callous game designer.

The U.S. govenment has the capacity to infuse the market with cash, thus causing goods to raise in price and currency lower in value. Just as glitch-seeking players of Animal Crossing exploited a bug, duplicated items, and irrevocably changed the economy of an online game within a week’s span, so has the dollar decreased in value due to the actions of people, not some mystical erosion.

Dmitri Williams, CEO of Ninja Metrics and Associate Professor at the Annenberg School for Communication at the University of Southern California, has studied game economics for years. In 2009, he and his colleagues used the virtual world of Everquest 2 as a test case for a hypothesis: Might economic activity from our real world predict that of a virtual one? In a word: Yes.

“For economic events and behavior, the virtual world actually does work like the real one,” he wrote in an email to me. “There is measurable inflation. There are market indexes. And people behaved pretty much like we do offline.”

The ease with which a lifetime of wealth can be gained and lost is now as simple as deleting a save file. How we play with money increasingly reflects how we earn and spend it “IRL.” More concerning, perhaps, is how game-like our real-world economy has become, filled with bugs and glitches and exploits for the willing. The realm of pretend has overlapped with the real for some time now.

This, among other reasons, is why you should pay attention the next time Susie hands you a gold brick made from mud. It might just be worth saving.