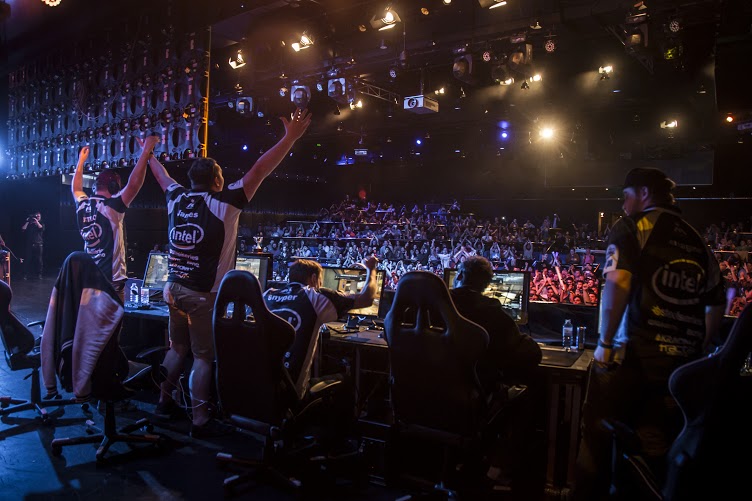 A new partnership between the Australian Cyber League and Electronic Sports League gives the country an edge in worldwide competitive gaming. The Australian professional gaming scene has seen a boom in recent years, reaching ever further into the mainstream with the help of the Australian Cyber League’s new partnership. From Andrew Masterson of the Sydney Morning Herald  declaring that, “Your mum was wrong, videogames are not a waste of time, especially if you’re playing League of Legends (2009) for $3 million,” to Leigh Sales of the 7:30 Report stating that “competitive online multiplayer videogames have become big business,” it’s clear esports are now hard to ignore in the country. And, as a result, Australia is demonstrating its full capabilities as a competitor on an international scale.

With the broadcast of Crown Casino’s Counter-Strike: Global Offensive (2012) tournament on Australian pay-TV this past October, competitive gaming took front-and-center in people’s very homes. There’s no denying the huge audience that has grown around esports, with Superdata Research finding that it reaches 134 million viewers worldwide in a report published in May this year. The recent League of Legends 2015 World Championships alone clocked an average concurrent viewership of 4.2 million, and a total viewership of 334 million individual impressions.

The Australian Cyber League (ACL) has been a big part of the growth of esports in Australia, brokering deals with big-name publishers and hardware vendors to run events, sponsor teams, and centralize support for local grassroots events. In August the ACL announced a partnership with the Electronic Sports League (ESL), a worldwide leader in esports based primarily in Europe. “With the ESL being a global leader in esports, we’re able to work very closely together on international tournaments,” said Australian Cyber League Director Nick Vanzetti. “In 2015, even though we were still operating as the ACL at the time and it was less official, we already fed into a Counter-Strike global tournament [mentioned above], and ran the qualifiers for the Asia region in the ESL One tournament in Cologne. Basically there’s a lot more linking that we can do with international programs.”

Organizations like the Australian Cyber League and Electronic Sports League operate on three fronts, and Vanzetti believes that the partnership will strengthen all three for Australia. The first provides localized support for brand owners to get their games in front of Australian audiences. “We’re running a global campaign to help service our clients like Activision and Blizzard and their titles,” Vanzetti said. They also provide avenues for local players to compete worldwide. “There’s a lot more global consistency and opportunities for Australian teams and players to get along to international tournaments, a much clearer pathway.” Thirdly, they help to promote and distribute the content generated by those events to the global esports audience, via partnerships with Crown Casino and Fox Sports for the aforementioned Counter-Strike Invitational broadcast, and with gaming expo PAX Australia, where the Electronic Sports League stage dominated one side of the hall this year.

We can sort of ‘level-up’ now

“More legitimate, larger-scale activity,” is the future that the ACL/ESL partnership will be bringing, according to Vanzetti. “The [Australian Cyber League] model in the past has been very much about grassroots gaming, and events in universities and venues in different cities. “We can sort of ‘level-up’ now, and put on some bigger events, and gain access to larger sponsorships that make these events feasible. This all means there’s more activity for people to participate in, or more content to watch for the wider esports community.” When asked whether the partnership would also produce any challenges, Vanzetti remained optimistic. “I think it was a very clear and easy decision for us. ESL really is the global leader. We see it making the right steps and moves in esports internationally.”

This sentiment was echoed by Tony Trubridge, founder and managing director of the venerable and Intel-sponsored Team Immunity. “ACL have the ability to create some great events and with the finance and experience ESL brings to bear, it’s hard to view this partnership as anything other than good for Australian esports.” Trubridge believes that the partnership will increase competition, and provide teams with a local avenue to international competition “This is something only large teams such as ourselves have been capable of achieving. Should their results dictate, much smaller teams will now have the opportunity to compete on a global scale.”

The partnership between the Australian Cyber League and the Electronic Sports League is an exciting step forward for a country that has already proved its metal in a worldwide phenomenon. With top Australian teams like Avant Garde heading to the Smite World Championships after an exciting win on the ESL stage at PAX Australia last year, and an Aussie team competing under the Renegades banner in the televised Turner esports league coming in 2016, the country appears unstoppable. Given that reports are predicting that the global audience for esports will exceed 310m viewers by 2020, there has never been a better time for Australia to become a true powerhouse in competitive gaming.