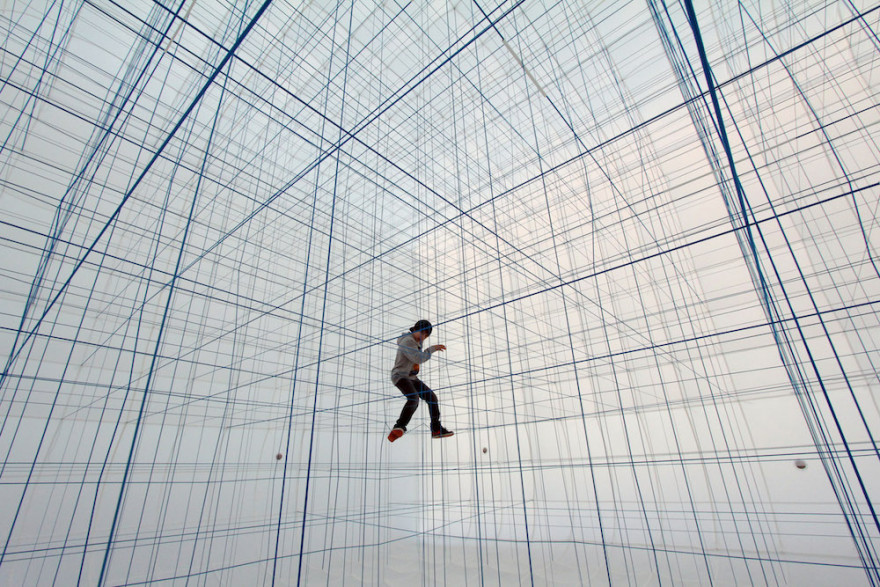 European design collective Numen has been working at the boundaries of spatial and industrial design for more 15 years. They’ve constructed enormous web structures, as if conceived by a giant spider, and wombs built from carpet. Their newest work was a prototype developed in Vienna that’s an adaptation of those ropey play structures you might remember as a child.

On the exterior, String Prototype appears to be a giant inflatable dome, but on the inside, dozens of ropes keep viewers/players aloft. Numen says the end effect is “impossibility of perception of scale and direction results in simultaneous feeling of immenseness and absence of space.”

See more of their work here.