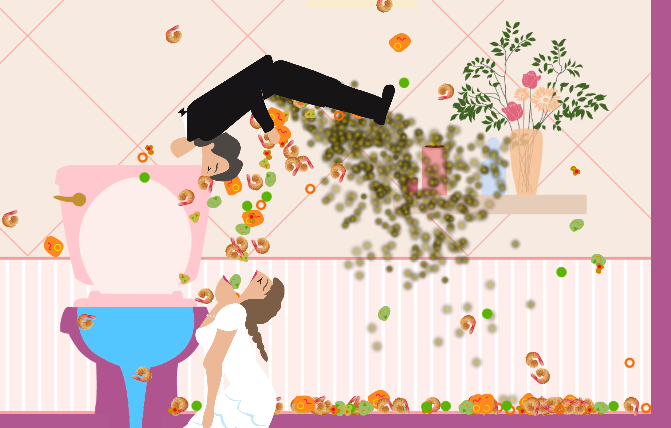 Futuristic Foodie Thu Tran wanted to see more puking in videogames, and that’s exactly what she got.

As the star, writer, and producer of series Food Party and MTVOther’s Late Night Munchies, Tran was asked to host Fantastic Arcade’s STARCADE competition in on September 21st. It involves two contestants playing “eating & cooking games” against each other livestreamed on Venus Patrol’s Twitch channel, and so Tran was the perfect person to oversee the madness.

The winner is the one that pukes it all back up

However, she had one request, and that was that the hazards of over-eating be acknowledged in these games. And so the BARFCADE Jam was born. Held between August 30th and September 14th, this game jam challenged participants to spew forth with two-player competitive cooking, eating, or puking videogames. They also had to ensure that the secret ingredient, shrimp, was included in their creations.

It’s all over now and the submissions have been puked up all over the BARFCADE Jam itch.io page, so head over there to see them all. Yep, there’s no need to wait until the 21st—go ahead and play these games with a willing partner right now. I will warn you, though: expect the gross, silly, hilarious, and outright disgusting.

Having played a few of them myself, I thought it a good idea to highlight the ones that have caused my gut to erupt with laughter and squeamish gurgles the most. Have a look below, and please, try not to puke.

You’re conjoined twins, with arms so absurdly long and flexible that they must be boneless, sat inside a sushi restaurant. Each of you controls an arm and must wind it round like a lasso to scoop more plates of sushi from the conveyor belts than your twin to win. Rather than disgusting, Kuru-kuru! Kuru! is more disturbing, causing my opponent and I to chuckle awkwardly to get through it.

“Honey, I told you not to order us shrimp,” the bride murmurs across the toilet seat to her groom. Then, as if a South Park sketch, the two newly-weds are thrust through the air by projectile vomit around the bathroom. “This will bring us closer together,” the groom tries to say through rivers of half-digested shrimp. The winner is the one that gets the most puke into the toilet bowl. Easily the most hilarious game I played from this jam.

Naww, two little shrimp are in love with each other. Unfortunately, they’re both struck with a terrible case of love sickness. Holed up in separate beds in the same room, you have to charge up your puke meter to launch a stream of gross puke over to your partner so that it lands in their mouth. Yes, the first kiss of this shrimp couple is one of long-distance projectile vomit. How intimate. 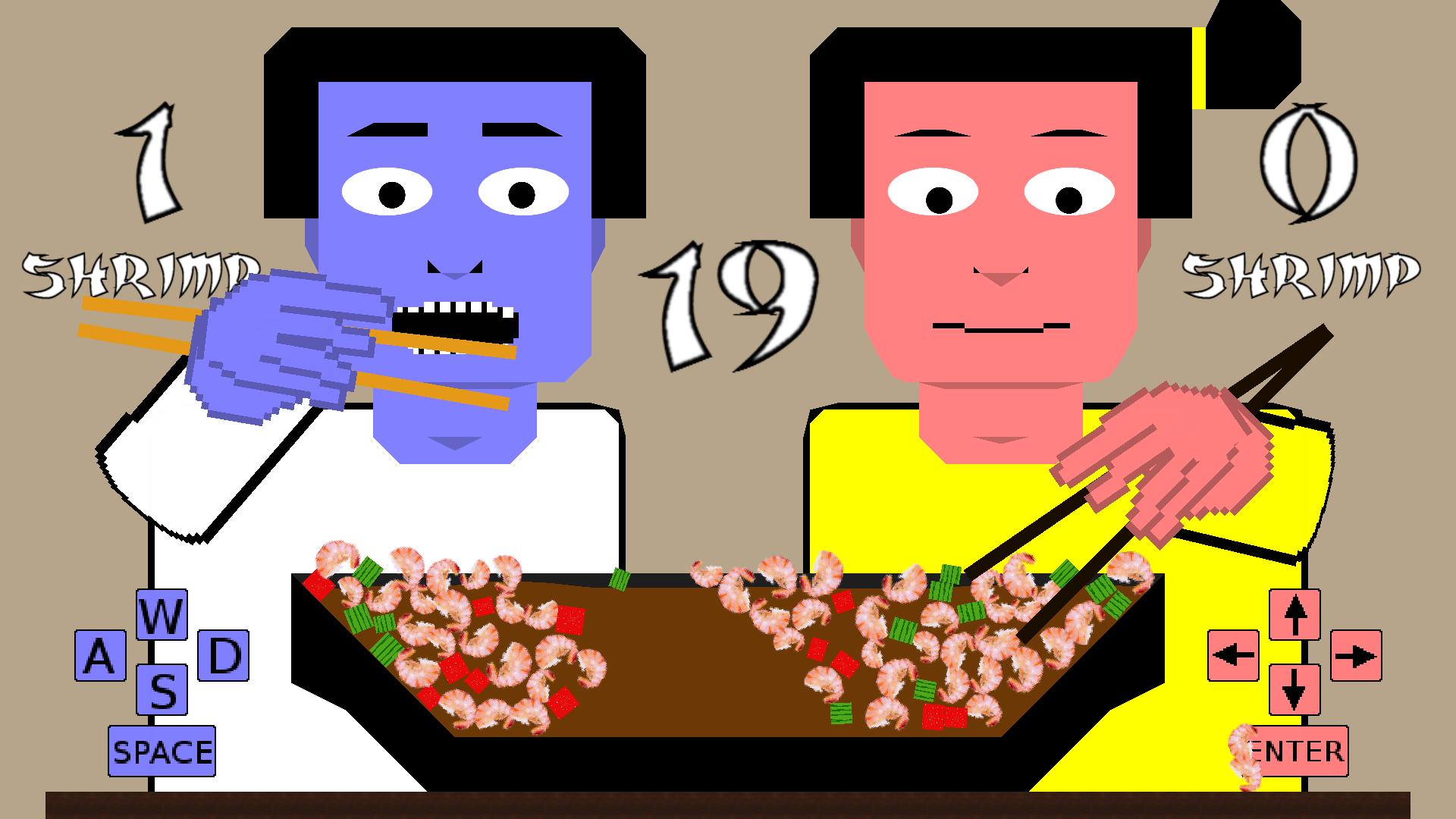 We’ve already had a puking game that wouldn’t be out of place in an episode of South Park, so here’s one straight from MTV’s Jackass. Sharing a large bowl of shrimp, you each compete to wolf down as much as you can with your chopsticks. The winner is the one that pukes it all back up, complete with shrimp bits and stomach acid. Yummy, what’s for dinner?! 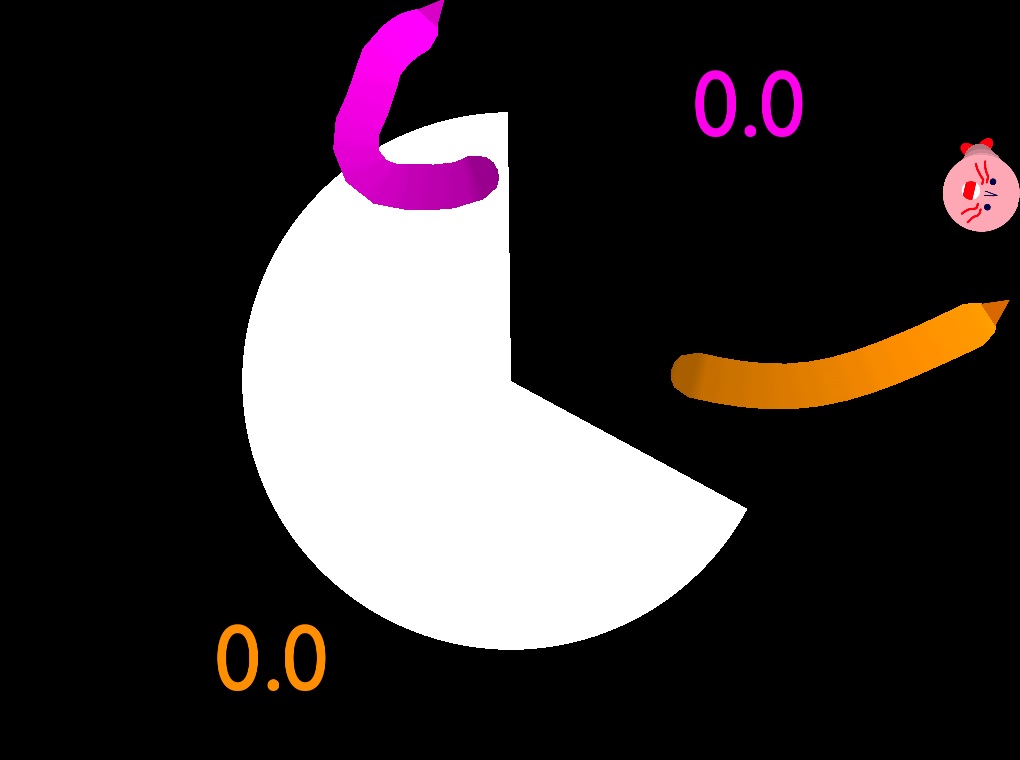 Here’s something a little less gross than all the rest. Wormball is the one we ended up playing the most as it lends itself to intense competition. It’s like “Keep Away” with worms. Each of you try to grab the ball by swallowing it and then amount points by holding it in your belly. If your opponent pokes your belly you’ll puke the ball out, and then it’s a mad scramble to see who can swallow it next.