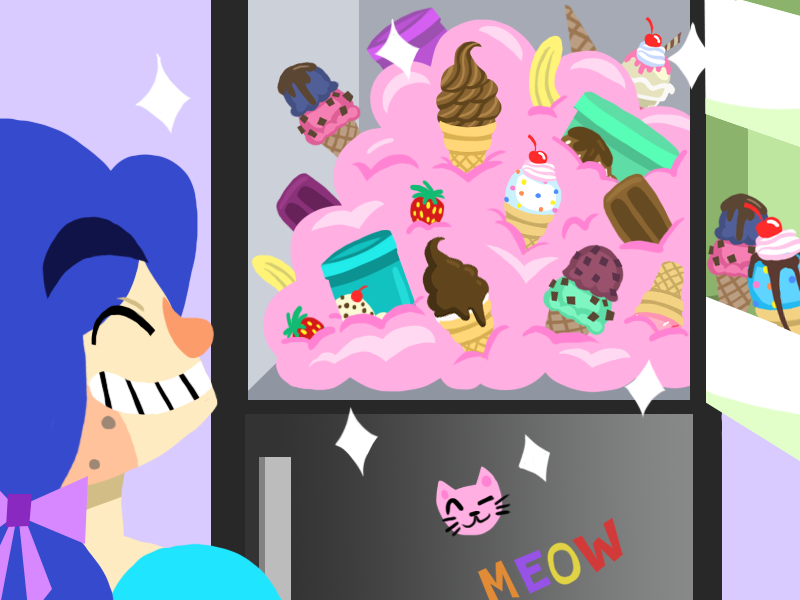 It’s summertime! Which invariably signals the smell of sizzling burgers, the sound of joy and splashing, and the ungodly sight of your gut hanging over the front of your swim trunks like a slab of slimy dolphin meat. I’d say self-hatred is as much a summer tradition as Memorial Day weekend barbecues. Only it lasts all summer instead of just a weekend and entails an ingestion of self-loathing rather than delicious hamburgers.

Body shaming is such a tradition that US Weekly runs a season-long “perfect beach bod” celeb column. And, of course, when the fashion brand LilLy Pulitzer was reprimanded for hanging up a “thinspiration” wall in their home offices, the wall included a cartoon of a hunk of dolphin meat in a bikini telling the viewer to “put it down CARB face”. If you’re a human being living in America (and many other parts of the world), I’ll go out on a limb and say body shaming most likely exists in your life—in some shape or another. And its prevalence only skyrockets during pool party season.

the special kind of hell it creates for women

So really, Josh Borge (designer, programmer) and Chantal Moosher’s (animator, illustrator) Eat All The Ice Cream Ever couldn’t come at a more pertinent time. Because, luckily, in protagonist Poppy’s world (or, at least in her fantasy), you get points for eating ice cream, survive by ninja-dodging fat shamers, and fill up a confidence meter that lets you unleash the pent up awesome inside you. Oh and, logically, there’s a hot chocolate item to off-set all brain freezes from eating too much ice cream. Because while the rules of human digestion don’t apply to this world, brain freezes remain the archrival of ice cream enjoyment. 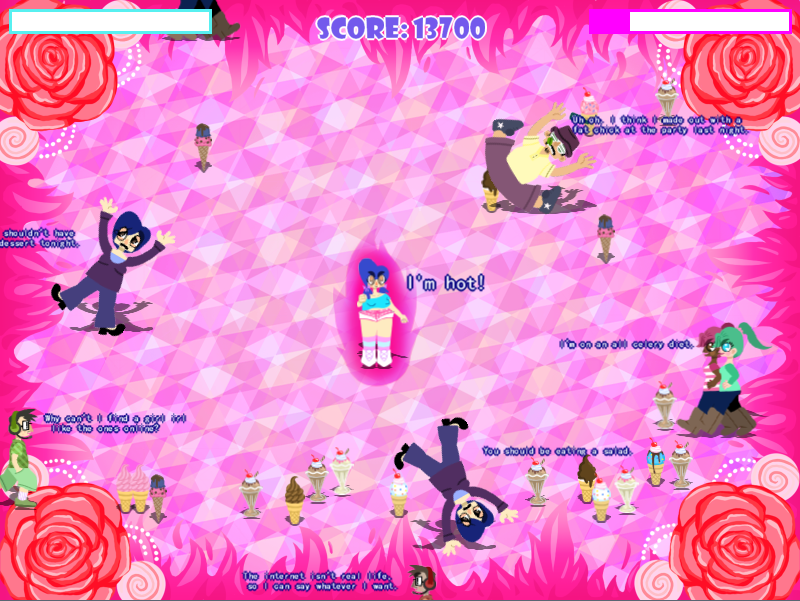 Though body shaming happens to most of us, Eat All The Ice Cream Ever captures the special kind of hell it creates for women. From an early age, girls learn to internalize messages from too many sources who, consciously or unconsciously, enable an atmosphere of guilt rather than empowerment. As Eat All The Ice Cream Ever shows, shaming can come from just about anyone: from a well-meaning but misled mother to a frat guy with a bombastic sense of entitlement.

Surrounded by an onslaught of body shaming comments, you become an inanimate object, made up of several unsatisfying parts that are fair game for every NPC to comment and critique upon. Eat All The Ice Cream Ever presents the perfect solution to this situation, though. Because while you fight to dodge all the negativity in the game, and eat all the mouth-watering ice cream you want, you necessarily lose sight of what everyone is even shouting at your face. The negativity becomes a blur within a flurry of fun activity. You become, not a bunch of Ms. Potato Head body parts to loathe—you’re not even a slimy hunk of dolphin meat. With a clear sense of purpose and achievable goals, you become an actual human being.

You can play Eat All The Ice Cream Ever for free on your browser and vote for it to get Greenlit on Steam here.