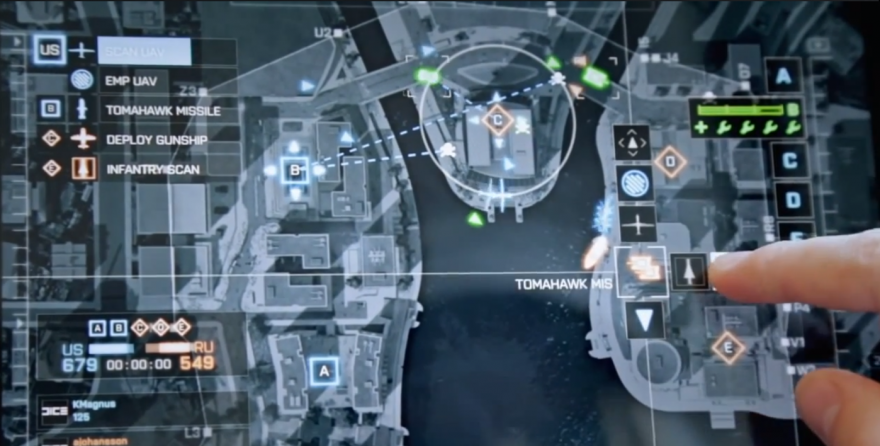 “Why, you can’t coach basketball, you just play it.”

This quote is a legendary bit of sport apocrypha attributed to James A. Naismith, founder and inventor of the game of basketball. Ironically, he was serving as the first “basket ball” head coach at the University of Kansas at the time he is said to have said it, where he would also fill in as referee. The sport as he envisioned it was not about coaching at all, or even winning. (This may help explain his 55-60 record.) It was about players playing.

This, naturally, brings me to Battlefield 4. As a series of shooters focused on squad-based fighting, Battlefield promotes teamwork, competition, and makeshift strategizing, just like Naismith’s inchoate utopia of free play. That is, until the reintroduction of the Commander Mode feature.

As someone who ran his share of little league drills, I can tell you that when a head honcho gets involved, it saps most if not all playfulness from a game.

“We wanted there to be more of a chain of command,” Aleksander Grondal, the game’s producer, told Edge. Let me reiterate: a chain of command—one person giving orders to a another on the front line, as if they were Nick Nolte demanding fresh-faced privates to take the hill. For a leisure activity, this is suddenly getting very serious. Allow me to summon Naismith. Why do we need a head coach again?

As someone who ran his share of little league drills, I can tell you that when a head honcho gets involved, it saps most if not all playfulness from a game. What was merely showing out on the playground becomes a struggle towards professionalism. Is that what we want from our videogames? Naismith understood that the beauty in a game lies in the playful exploration of its conditions. He would describe the excitement of the players and the crowd during the first basketball game, the score ending in an unimpressive 1 – 0. In an interview with the Saturday Evening Post, he said, ”Scoring is important, but not all-consuming. I think speed is. Speed, passing, and the unexpected.”

Head coaches in organized sports are a relatively new position. There hasn’t always been the role of the wise, wily mentor training young athletes and calling the shots from the sidelines. In fact, we can be sure that Naismith didn’t intend his game of hoops to be played with a coach because at the time coaches were unheard of. During the sports boom of the later 1800’s, which popularized among others baseball, basketball, and football, players managed themselves. Yet without father-figures, these games soon turned rowdy. They needed someone to keep the peace. Thus, the birth of a profession.

The competitive boom of our times has been the emergence of videogames. Hopefully the pastime can withstand a future influx of coaches, as happened with the sports world. At the moment, we typically only find coaches on the pro gaming circuit. These are former players who supply teams with strategy and lend emotional support. Need “wave dash” lessons for Super Smash Bros.? Others will offer you their services for a price. And Call of Duty teams tend to utilize coaches as “math guys,” human stopwatches who watch over their shoulder and keep time, calling out when items and weapons have respawned. Not exactly what I’d call having a good time.

This is all well and good in the spangled arena of esport, where millions of dollars are on the line and there is zilch margin of error. But ever since the advent of LAN parties, the idea of coaches in games has gradually been occupying our living rooms. Broadband penetration has led to more people playing on-line, which has led to bigger matches in need of superior coordination. For instance, Sony’s failed 256-player shooter MAG introduced the positions of squad leader, platoon leader, and officer in charge, each respectively giving the player more and more authority over his fellow man. If you listen close enough you can still hear the chants of Sir! No Sir!

To state the obvious, who wants to follow orders from some jerk chosen at random from Xbox Live?

Battlefield 4 is going for something similar. The way Commander Mode works is that the commander sits to the side with a tablet device, plotting wide-scale strategy from an overhead view of the fight. “The commander can issue orders to the squad leader, who can accept or deny,” says Grondal. That choice is not without repercussions. “Now if the player follows orders, does what the commander wants,” he goes on, “if you do what it says you’re supposed to be doing, you will get more team score, basically.” These points are traded for gun upgrades, ammo, and the like, meaning the better you follow orders, the more likely you are to survive. A precedent I don’t like.

The problems with this are multiple. To state the obvious, who wants to follow orders from some jerk chosen at random from Xbox Live? But the more serious concern is that shooters are heading down the path of every other sport, where the joy of playing is crushed by the necessity to listen and fulfill your small part, where winning matters so much that you won’t mind the shame and the pride associated with that. I hope not.

Image via University of St. Thomas