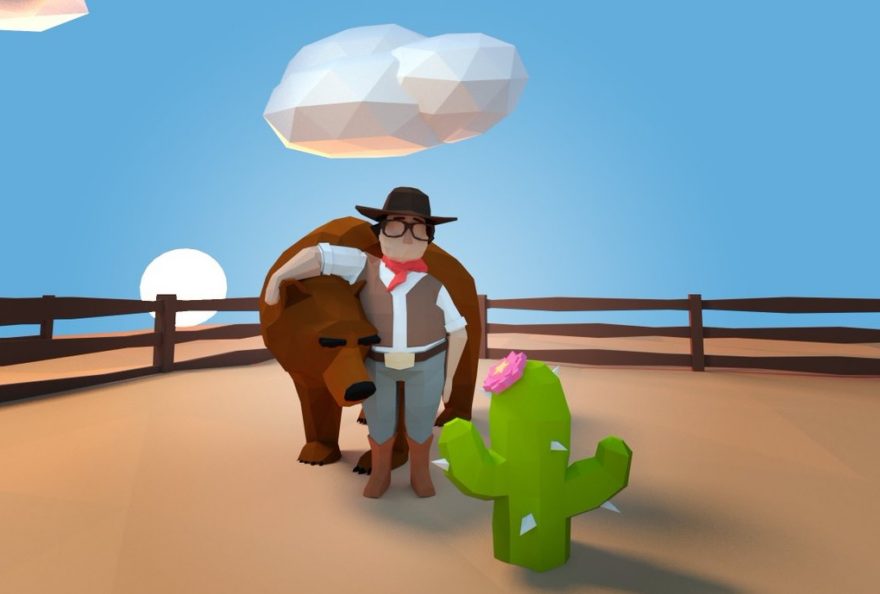 Like many people, I’ve wondered what a naked Danny Devito would look like riding a bear as if he were a world-class rodeo rider. It’s human nature. But not many—in fact, only one person—has made it into reality, and he goes by the name punchesbears.

If you’ve heard of Bear Rodeo it is probably through a series of GIFs punchesbears has posted on Twitter, where it’s accompanied with a soundtrack of classical music or Nas (do yourself a favor and turn the volume up to 11 for proper viewing). It’s not punchesbears’s only prototype, a full list of which includes a battlefield with a chainsaw wielding bear and a drunken quest for burritos.

DeVito was naked in the prototype

They’re physics-heavy games, and that’s intentional: “I plan on all of my games using nothing but physics animations. I feel like physics-only animations are an area of videogames that have not been fully explored so I’m trying to push into uncharted territory. I feel like the Captain Kirk of videogame physics… not entirely sure where I’m going, but I don’t care as long as it’s some place new.”

And DeVito? “I love It’s Always Sunny [in Philadelphia],” punchesbears writes. Early game prototypes included a version of “Night Krawlers,” a worm-like game referenced by Charlie and Frank in an episode of the comedy series. “I was going to make Night Krawlers the videogame. An IP lawyer told me that was a very bad idea so I stopped.” DeVito was naked in the prototype, because “I had not yet learned how to model clothing.” From there, punchesbears moved into more physics-heavy animations and the prototypes that he’s known for today. Since an early prototype featured the DeVito character model, he makes an appearance in other games as well.

And if you’re wondering what Danny DeVito thinks about all this, that’s an unknown: “I’ve tagged Mr. DeVito on several of my tweets in which he was featured. He has not responded yet, but I assume I will get a Cease & Desist from his lawyers at some point!”

Nas Is Like. Procedural dance testing. Not sure how points are scored yet. Multiplayer soon. SOUND!!! #madewithunity pic.twitter.com/qyU54F4Gfx