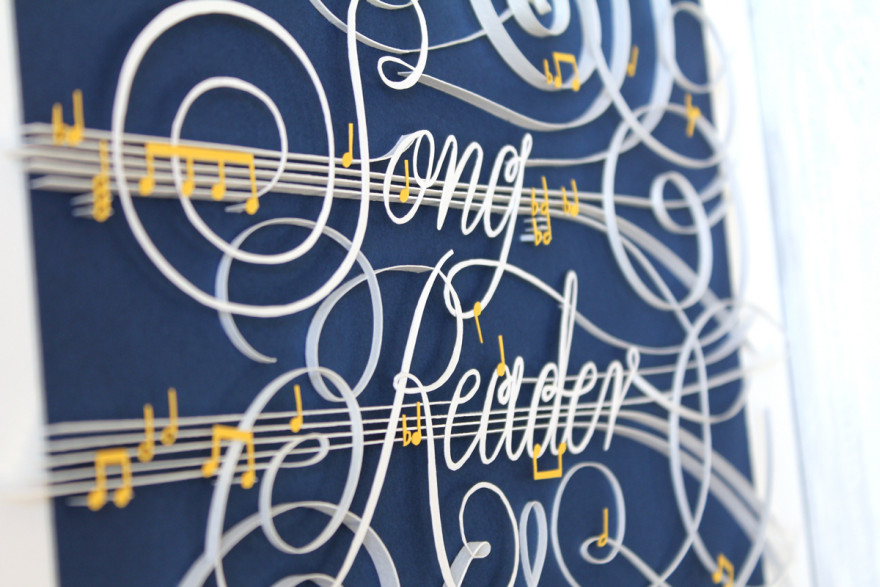 Near the end of February, a collective of local musicians will gather together at the Somerville Theatre near Boston, MA, to perform Beck’s new album, Song Reader. They won’t be covering his songs so much as performing them into existence. You can’t listen to Song Reader on your iPod or stereo. The only form it takes is in a beautiful hardcover book published by Mcsweeney’s, complete with original art, essays by Jody Rosen and Mr. Hansen himself, and the songs, rendered as sheet music. In order to hear the album, you have to play it yourself.

In an industry beleagured by competition and shifting priorities, musicians are finding a surprising inspiration to keep their art alive: videogames.

I don’t mean to say that Beck played Batman: Arkham City and was driven to write the new song “We All Wear Cloaks.” (Though that’s a possibility.) And though the musician was directly involved in the Playstation 3 / PS Vita game Sound Shapes, contributing a song to the level-generating music platformer by Queasy Games, the Song Reader project began in 2004, long before any such connection was forged.

Only the player can press start and bring this experience to life.

Apparently the idea was born from having a publisher send Beck a collection of sheet music for an early record in the 90s; the album, full of funky noise and electronic crackle, was meant to be heard, not diluted into piano notes. But what if he wrote those notes himself and let the people transmit them, a kind of reverse-osmosis of song production? Song Reader is the product of such off-the-grid thinking.

And here is where an experimental album, void of sound, intersects with the world of electronic games. Developers spend years crafting a game from bits of code. Finally, the product is finished and released to the public. And it sits in a box or on a hard-drive, inert. Only the player can press start and bring this experience to life.

One could argue the same might be said of books or films or recorded music — without an audience, the book sits there, unread. But project a film in a theater and it plays out just the same with or without butts in the seats. A book is finished, complete, whether anyone cracks the spine and opens to page one. A game can not play itself. Another is required to move through those lush environments, or solve each devilish puzzle. By itself? Lifeless 1s and 0s. Not an incredible machine but merely its blueprint.

Song Reader takes this player-centric philosophy into the realm of popular music. The album’s website is less a promotional tool than it is a repository for the songs to be heard: Go and find hundreds of videos of everyday musicians playing the album, note by note, as inscribed in the sheet music.  This is not so different from any number of games and their collected User-Generated Content, from fan-made mods of Quake to sharable levels built in Boom Blox.

Musicians have overlapped with the world of games for a long time: band members of Journey were the very first people to be digitized in their arcade game by Midway in 1983. And who could forget Aerosmith’s Revolution X? (Please, forget.) Bjork released an interactive app alongside her 2011 album Biophilia.

But with Beck’s Song Reader, we may have the first example of an album created by a musician for one express purpose: To be played by others. Sounds like the ultimate local multiplayer game to me.