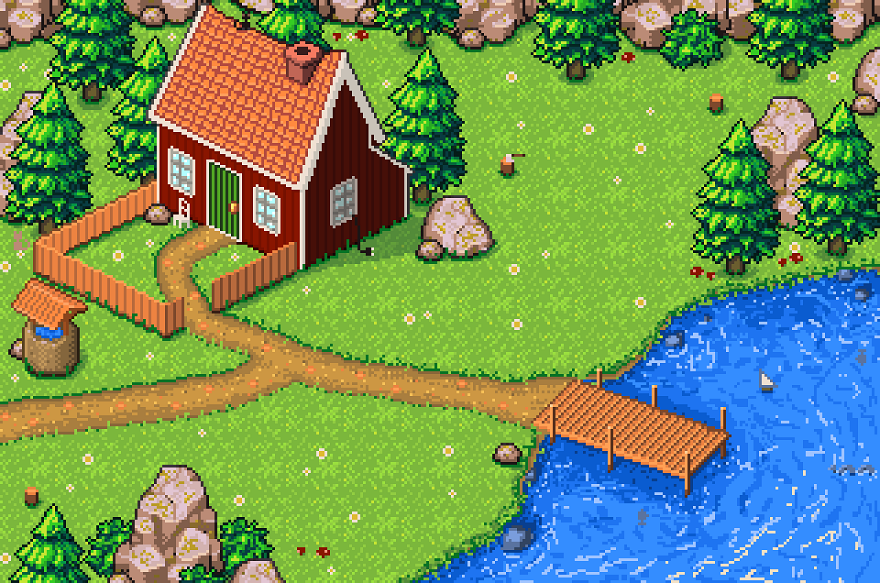 Between 1962 and 1984 Andy Warhol had a studio in New York City called the Factory. There, he invited other artists, musicians, writers and filmmakers to spend some time working on their projects, side by side—people like Bob Dylan, Truman Capote and Mick Jagger. That was the same idea that Oskar Burman—general manager of Rovio Stockholm—had in mind when he sat with Tommy Palm—the mobile guru behind Candy Crash Saga and now CEO of Resolution Games—one day at his office in Stockholm: bring twenty game developers to spend a summer at a cabin in the woods of Sweden.

According to the Game Developer Index, at least one out of ten people has played a Swedish videogame. Companies like Mojang, DICE and King are key to the success of games made in Sweden, and the people behind these companies are trying to give back through a non-profit organization called Stugan. Stugan is essentially a “game accelerator,” intended to give talented people the means to create, but it doesn’t take equity or profits from the games made during the two months of the program. “Stugan has never been thought as one of these classic venture capital accelerators. It’s always been more of a philanthropic, non-profit thing,” said Oskar Burman. The other main difference from other accelerators is its location: a cabin in the outskirts of Sweden.

“When you are out in a cabin in the forest, you can’t do much else than work. It’s like a retreat,” said Burman, who also spent part of his life in the countryside working on games with friends for weeks. Nature and loneliness have always inspired artists. In Walden; or Life in the Woods, the American author Henry David Thoreau wrote about living for two years in a cabin built at the edge of a town. “I went to the woods because I wished to live deliberately, to front only the essential facts of life,” he said in his book. Stugan will try to bring the same kind of personal introspection to game developers, and at the same time foster an open space for idea sharing among peers and multidisciplinary mentors.

Tommy Palm says that it took a lot of time to find the cabin for the program because they had precise needs. “We had this idea of a very isolated and beautiful place near a lake,” he said, “that also had fiber internet connection.” The founders also got support from the Swedish Game Association, the Swedish Government and other local sponsors for getting the program’s funding. Stugan means “the cabin” in Swedish, and it’s also the name of the first game ever created in Sweden in 1977, a text adventure game that took place inside a cabin. Now that the industry has grown, its heirs want to keep the dream alive.

Applications will be open until April 15th.