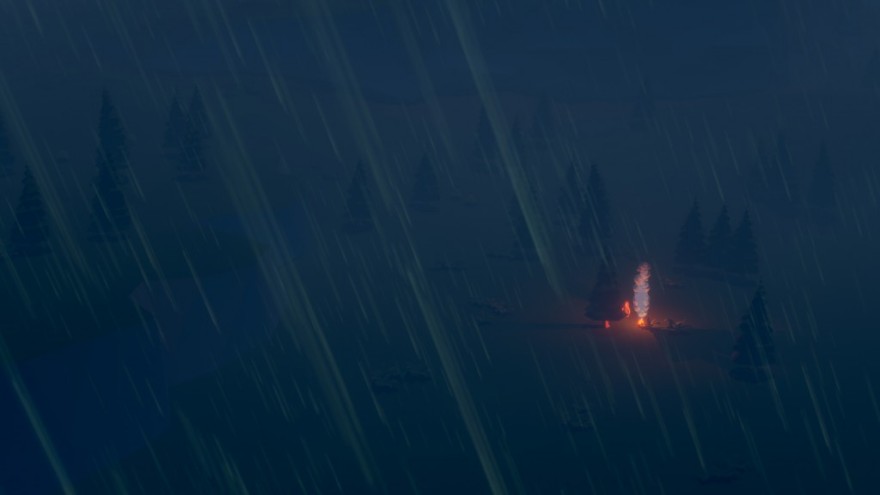 Cavemen games seem to be the next big thing, a natural evolution of the survival genre.

Now that the post-apocalypse is becoming a little tired, it makes sense to reach way back to pre-civilization for something fresh. Big titles like Far Cry Primal and WiLD may be the ones people are talking about, but the first recent example that comes to my mind is Before.

Before had its biggest public debut during The Game Awards last year, but its creators over at Facepunch Studios (behind Garry’s Mod and Rust) have been posting updates here and there on the game’s progress over on its official blog.

“Most of our big systems are working now,” writes creator Bill Lowe in the game’s latest update.

That means weather is functioning “well,” the little cavepeople know how to craft a rudimentary axe if they need to chop a tree down, they can make babies with each other, and a developing combat system now allows for creatures of differing species to attack if they detect a threat.

Before is still in its early stages, so there’s been some silliness involved in development too—namely, bearded children and complete apathy to being set on fire. See some screenshots and video on the game’s dev blog.

“we need to have our AI thinking wider situations, not just their own”

The next big step for Before, according to Lowe, is advancing group AI systems like combat and breeding.

“Until now all of our AI has been individualistic, with each agent only acting based on their own attributes, needs and decision making,” writes Lowe. “To get really interesting stuff happening, we need to start thinking about how these systems work on a more abstract, group level. ‘Group’ can be mean the tribe, or the unit’s family, or a impromptu hunting party—whatever the context we need to have our AI thinking wider situations and not just their own.”

Before’s not just shaping up to be an interesting survival game, but a potentially exciting management sim too.