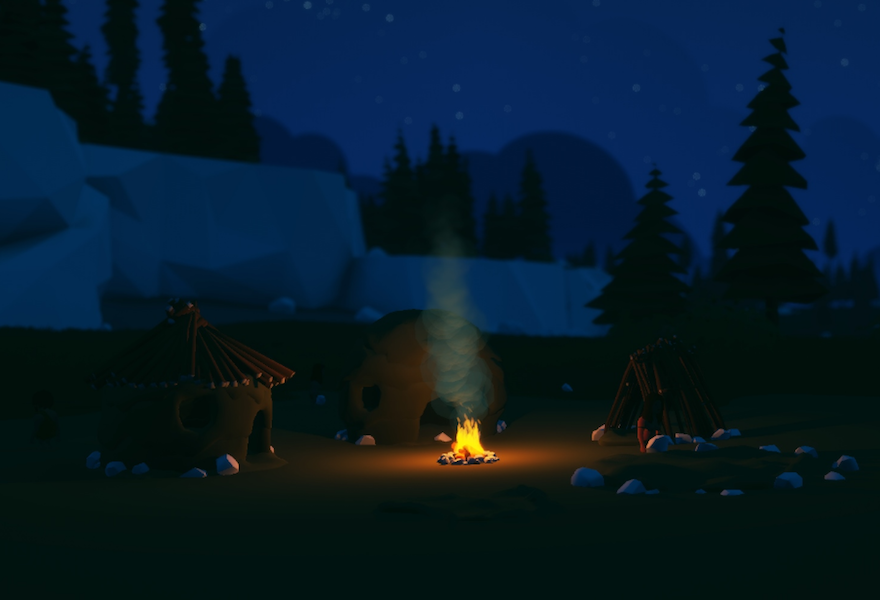 Before is a new spin on the survival game from Rust developer Facepunch Studios where, rather than controlling a single character, players must lead a whole tribe of cave people to survive in an intimidating post-Ice Age world. Up until now, we’ve had a few opportunities to gawk at the game’s naturalistic vistas and see early glimpses of how the player’s tribespeople interact with both the environment and each other. But thanks to a new update over on Before’s blog, we now have a better idea of the specifics on how they’ll live and fight in this still young society.

The game starts by allowing players to customize their tribe members, adding a touch of personal connection to the group. Players can choose between different beards, hairstyles, hair colors, and clothing options, not unlike other games of the same type, but what’s notable here is that everyone is anatomically correct. Certain clothing options do cover these areas, but shame is by no needs mandated. “This is a Facepunch game after all,” write the developers, referencing similar features in Rust.

everyone is anatomically correct

The team is still in the process of fleshing out how your tribe will both hunt and defend itself, but much of it seems to rely on the intuition of the cave people themselves as opposed to direct player control. “We’re letting the AI deal with things like picking which weapon to use, and what type of attack they should perform,” the post explains, with special attention having been paid to improving ranged weapons like bows. The world is no less threatening, however, as larger animals like bears will be able to wound multiple tribe members in a single swipe.

Because the game is as much social simulation as it is struggle to stay alive, the team has also added a traits system to the cave people. These will boost or hamper certain skills, but can also give certain tribespeople specific behaviors. As of now, the team is toying with the idea of giving each cave person two positive traits, and one negative one, “the idea being that everyone has a flaw and it’s those quirks in personality that will make our social simulation a little more interesting.”

Currently, the team is working towards creating another build of the game to release among themselves for further testing around June, with more updates to follow soon after. To see more, visit Before‘s website.