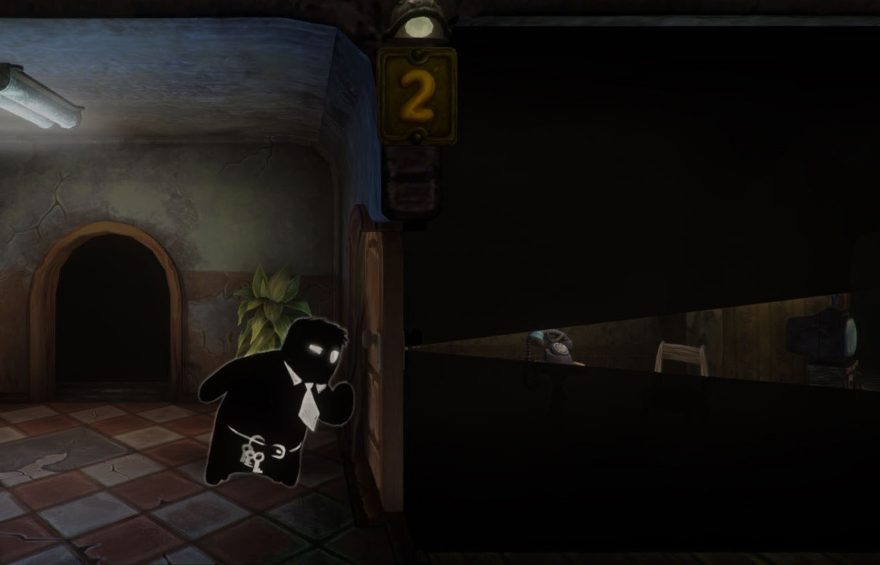 Most dystopian media places you in the shoes and mindset of the individual realizing the horrors of their world, from 1984‘s (1949) Winston to The Hunger Games‘s Katniss. Even in the videogames that feature protagonists working for the governmental power such as Papers Please (2013), the tone is one of rebellion and struggle against the society’s hardships. You may have to invade privacy and abide by Arstotzka’s rules in Papers, Please, but your suffering family and the consequences of disobeying are always guiding your actions.

Beholder takes the opposite approach. You’re not the victim, but rather the eyes and ears of a totalitarian state. You’re the shady tenement manager that typical protagonists would be careful to avoid while planning a revolt, the one that would make a surreptitious call to the authorities after seeing the heroes sneak out after curfew.


As landlord, it’s your job to keep a watchful eye over the residents of your building. Peering through keyholes, searching apartments for contraband, and playing hidden cameras in the rooms of suspicious tenants are all within your purview. Find evidence that someone is acting against the state, and your report to the authorities will lead to them being beaten and dragged off to some unseen prison. All in a day’s work for a loyal citizen.

Why report someone when blackmailing them is so much more profitable?

Of course, holding such power over your residents can encourage more aggressive and selfish behavior. Why report someone when blackmailing them is so much more profitable? Within your building, many characters and stories unfold, and your decisions—report, blackmail, or even help—can determine their outcomes and Beholder‘s ending. Maintaining your humanity in this dark dystopian world may be more important than being yet another cog in the government’s oppressive machine.

Beholder is coming to Windows and Mac this fall, and currently has a demo available on its Steam page. More details on Beholder and Warm Lamp Games can be found on Twitter and Facebook.