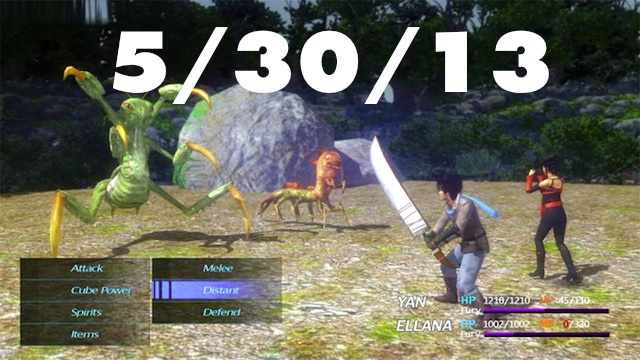 Well, here’s one way to express your discontent with the direction Square-Enix has taken with Final Fantasy. Make a game inspired by FF7 and put it on Indiegogo… Um, and ask for 320,000 pounds? Love the battles with preying mantises though.

You’ve played sniper for years now. Why not read about a real one?

Look up insanity in the Oxford American and one of the entries will be Bennett Foddy’s Speed Chess. Holy crap!

Speaking as the one guy who honestly thinks the newer Sonic games are good and even better than the old ones, I highly recommend you watch the trailer for Sonic Lost Worlds. Makes me want a Wii U.

Polygon has the complete life story of the academic game designer Eric Zimmerman. If you’re into design, it’s worth checking out.

For us children of the ‘80s and ‘90s, Fightback, Ninja Theory’s first iOS foray, looks even better than a Bad Dudes remake.