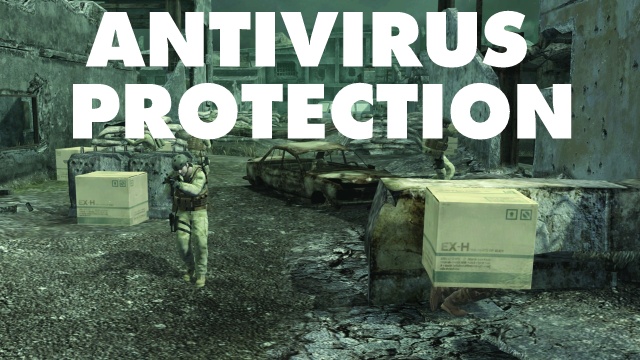 If you haven’t read Joshua Davis’ epic profile of software-pioneer-turned-narco-obsessive-turned-alleged-murderer, you should go do that right now. The whole thing is surreal as John McAfee flees the United States to avoid potential litigation then starts his own pharmaceutical lab and then has crazy run-ins with Belizean police. Then somewhere along the way his dogs get poisoned. Oh, and there’s a teenage mistress. Did I mention the drugs?

I finally started reading the whole thing this week and there was one passage that jumped out at me. After his neighbor turns up dead, the Belizean police show up at his doorstep. Rattled, McAfee does his best Solid Snake and hides under a cardboard box:

On Sunday morning, Faull is found lying faceup in a pool of blood. He’s been shot once through the back of the head, execution-style. A 9-mm Luger casing lies on the ground nearby. There are no signs of forced entry. A laptop and an iPhone are missing, police say.

That afternoon, Belizean police arrive at McAfee’s property to question him about Faull’s death. McAfee sees them coming and is sure the authorities are intent on tormenting him again. He quickly digs a shallow trench in the sand and buries himself, pulling a cardboard box over his head. He stays there for hours.

“It was extraordinarily uncomfortable,” he says.

So there you have it. McAfee just sold his life rights to the whole ordeal to a Canadian production company so let’s hope this tidbit makes it in there. I hope it’s at a 40 minute segment.