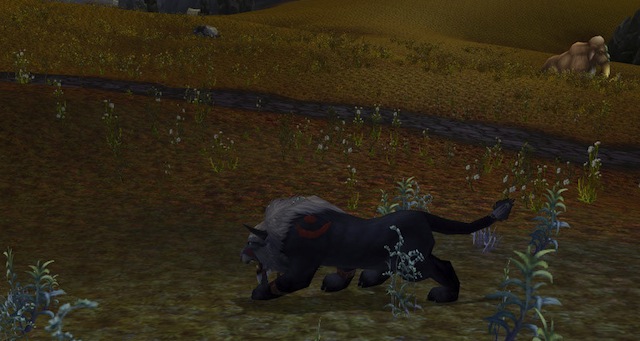 The Guardian has published a document from the Edward Snowden leak that shows that the NSA has been playing a lot of WoW to fight terrorism. Yes, you read that right. They’ve been doing some elven espionage in hopes of catching international scumbags. Apparently, someone at DOJ has been reading Neal Stephenson.

It seems that national security agencies became aware of online games a few years ago and decided that they posed a risk to the nation’s safety. So they had agents infiltrate Second Life, World of Warcraft, and Xbox Live, despite having no evidence that the bad guys were using these services for communication. It doesn’t sound like they’ve turned up any. The surveillance operation has so far netted at least one lead for fraudulent credit card usage, but it seems that no major conspiracies have been uprooted, though agents have been playing plenty of games. Where do I apply for this position?

We thought it’d be creepy, funny and severely disappointing to look a bit closer at some quotes from the anonymous government papers:

Terrorists use online games—but perhaps not for their amusement. . . Al-Qaida terrorist target selectors and … have been found associated with Xbox Live, Second Life, World of Warcraft, and other GVEs [games and virtual environments] . . . Other targets include Chinese hackers, an Iranian nuclear scientist, Hizballah, and Hamas members.

Can we really take seriously any terrorist organization prancing around as pandas in utility kilts?

[The GCHQ had] successfully been able to get the discussions between different game players on Xbox Live.

Apparently, homophobic 10-year-olds dropping the f-bomb is valuable intel to the British government.

[WoW’s economy is] essentially unregulated [and so] will almost certainly be used as a venue for terrorist laundering and will, with certainty, be used for terrorist propaganda and recruitment.

Thus wrote an intelligence officer in the throes of a crippling World of Warcraft addiction.

You should go and read the entire post at The Guardian.