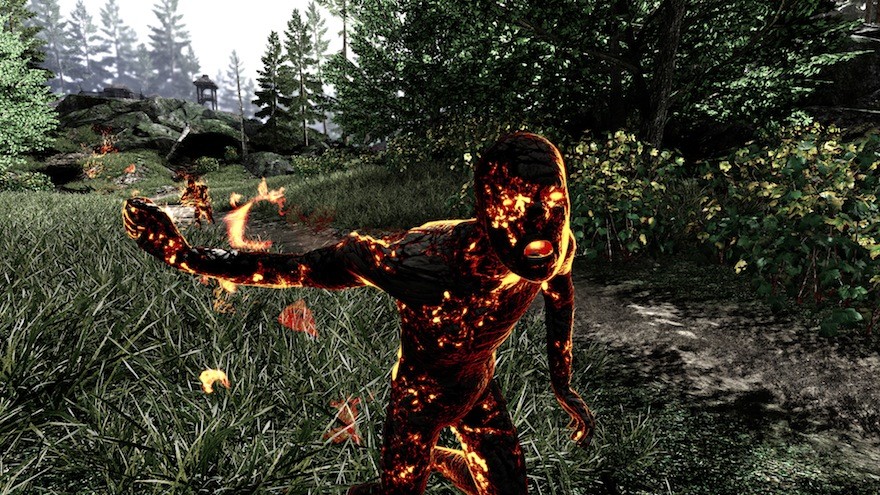 With the continued popularity of games like DayZ and Rust making the survival genre officially a thing, it’s about time we’ve seen a full-blown New World settlement crossbow shooter. Betrayer: In The Spring of 1603 has actually been on Steam Early Access since August, starving through the winter but, importantly, surviving, and now its developer Blackpowder is ready to make the crossover to an official colony, er, game.

The fort-defender borrows a hint of historical accuracy from precolonial American settlements like Jamestown and the Lost Colony of Roanoke, but is set in an alternate reality where the usual demons of smallpox, hunger, and territorial aboriginals are replaced by undead skeletons and evil spirits and the like, because videogames. The result looks wet-yourself scary, and is coming March 24th.