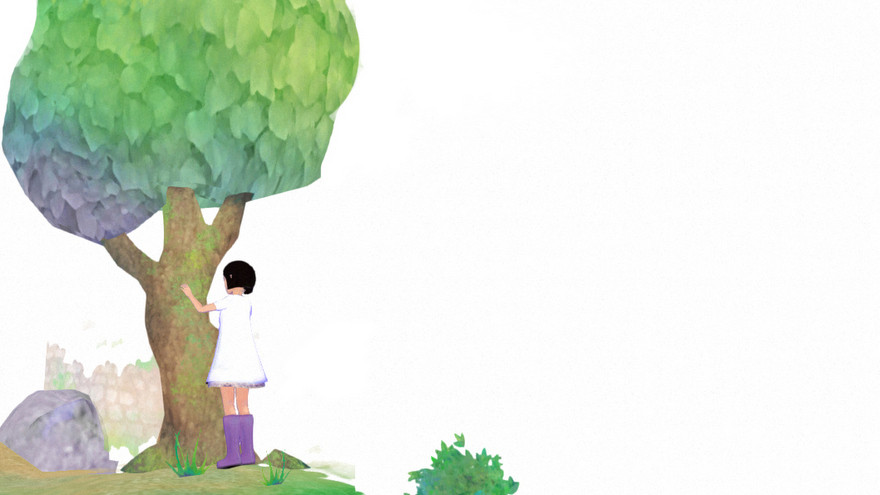 One-woman studio tiger & squid’s Beyond eyes reached nearly half of its Indiegogo goal last October. Since then it’s gone dark, only resurfacing this week to the news that publisher Team 17 (best known for the Worms series, but they’ve been diversifying as of late) has picked up the game for a 2015 release.

The game follows a young girl named Rae who has to overcome her trauma-inflicted agoraphobia to search for her “gorgeous full-figured” feline friend Nani, which sounds like the start of a Haruki Murakami novel. Interestingly, the game appears to feature a sort of symbiotic relationship between Rae and the player: keeping Rae out of harm’s way will mean she’s more apt to press on, while putting her in danger will mean you have to win back her trust. The last game I can remember that had anything like that was 2005’s Haunting Ground, where you could chill and play fetch with a friendly German shepherd to ensure he’d listen to you during controller-endangering chase sequences.

And despite mentions of a childhood accident that left Rae blind, Beyond eyes appears to be a fairly gentle experience. The soft Taiyo Matsumoto-esque watercolor world fills itself in around Rae as you explore, as if being painted in by an invisible hand. You’re seeing through her eyes: seeing the world as she visualizes it via sound and smell. It’s a hell of a hook; see it in motion below.