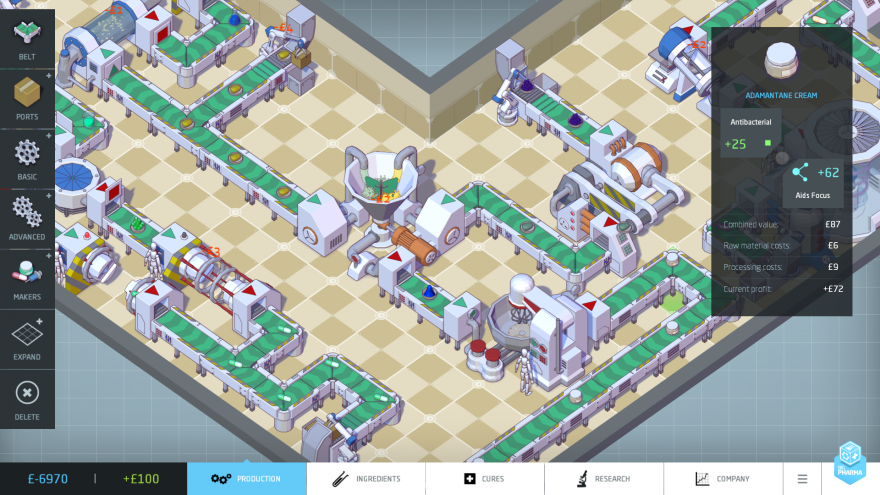 British Developer Twice Encircled has announced Big Pharma, a game which puts you in the deeply conflicted shoes of a c-level suit at a pharmaceutical conglomerate. It follows the Tycoon playbook: soft, twee visual design over top a game of space and resource management. As in the canonical Kairosoft and Tycoon games, you’ll tirelessly work to minimize some numbers and maximize others, tweaking an optimal profit with nary a thought to the souls you employ.

Big Pharma, obviously, takes it one step further: you’re not building railroads or videogames here but pills, which might cure diseases, make people happier, or give them back their hair. (I’m guesstimating here.) At least in its advertising, it takes a cynical slant on the ethics of the industry:

In these sentiments and in its title, the game echoes the 2006 book Big Pharma, in which investigative journalist Jacky Law uncovered an industry rife with corruption, collusion, and drugs that straight-up don’t work. We’ve seen other recent games tackle real-world issues with grace and empathy—particularly Papers, Please, but also Prison Architect, The Westport Independent and the work of Nicky Case. Big Pharma aims to follow in these footsteps when it comes out next summer.