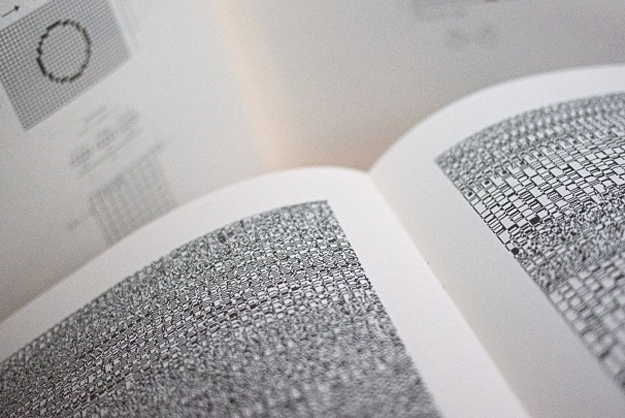 An artist collective in the Netherlands wrote a book about modern culture so future generations might learn how people used ‘fax machines’ to send one another paper messages and rode around on self-powered ‘bikes.’ But in order to ensure their record lasts through the next millennium, La Société Anonyme wrote the whole thing in binary code.

No one can truly know how much of today’s data and records — although they might seem inescapable today — will be around in hundreds of years. The files included in the SKOR Codex, however, are protected from bitrot, software decay, and hardware failure by the simple way they’ve been preserved in printed form. Eight copies of the codex will be distributed to different locations around the world — the fifth having recently been gifted to Sir Tim Berners-Lee, who is credited with inventing the internet. Another copy lives at the National Library of France in Paris.

Commissioned by Amsterdam’s Foundation for Art and Public Domain, the book focuses mainly on European culture. It contains coded images of artworks, sound recordings, greetings in four different languages, and imagery that can be converted back into useable digital form by following a series of instructions diagrammed on the back. The artists explained that content was “selected to portray the diversity of life and culture.”

[The SKOR Codex] is intended for any intelligent terrestrial life form, or for future humans, who may find it.

This post was originally writted by Sara Boboltz for PSFK