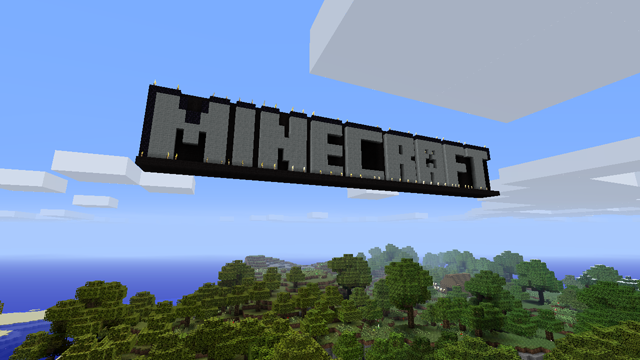 I remember the first time I realized how important videogames were to me. I was in first-grade and was asked to imagine what my life would be like in twenty years. We were to write a journal entry from the future, listing our older selves’ favorite things. The single object I recall from that list: a Nintendo Entertainment System.

As kids, our default worldview is something close to Buddhism: We live moment to moment, and the Now is the Forever And Always. At the time of my writing that homework assignment, I was playing and loving my NES, as were many of my compatriots, as were many of you. It felt natural and obvious that it would remain a cherished possession decades later.

I had little knowledge of “planned obsolescence” or Moore’s Law; all I knew was the euphoria of beating Super Macho Man with a star uppercut in Punch-Out!! Somewhat shockingly, my naive assessment of the future is not as far off as one might expect. My NES remains hooked up, though its insides have gone through some necessary surgery to keep the old man breathing. For many of my generation (I’m 31), Nintendo still speaks to us through a careful balance of nostalgia, innocent charm, and old-fashioned fun. But to many others, old and young alike, the cacophony of voices makes listening to one nearly impossible. What’s becoming apparent is how far away my eight-year-old reality is to that of the current model.

“Back in my day” the dusty-voiced codger (me) says, one single company, be it Nintendo or Sega or eventually Sony, could bear the brunt of a game-player’s hopes and expectations. Today the playfield has splintered so drastically that almost no one holds an allegiance to a single platform. Games used to fall from above, the nourishing rain from one of a few clouds. Now they bubble up from below, the hungry worms fed on decades of play, seeking their own time in the sun. This shift in power—from all-powerful providers, to the brand or franchise itself available across many machines—can be seen where it always is, those places where the influential congregate: school.

I was talking to my sister about Christmas when she told me they’d bought Nate, my eight-year-old nephew, an Xbox 360 just so he could play Minecraft.

“All of his friends at school are obsessed!” she said. “You know what it is?”

Her assumption had been the game, which drops you into a randomly generated world of Lego-ish blocks in the muted tones of a Scandinavian forest, was some new thing discovered by elementary kids, spreading like chicken pox across recess blacktops and suburban lawns. My assumption had been the game ignited only the child-like wanderlust of thirtysomething PC obsessives, who sign up for beta-tests and know “servers” aren’t just those people who take your order at T.G.I. Fridays.

We were both so wrong and so right.

Mojang has grown in clout to not care whatsoever about Nintendo, former gatekeeper to your children’s playtime.

So when a developer says that Minecraft, a smash-hit with children and adults alike, will not likely come to Nintendo’s new system, the Wii U, I sense a shift in the wind. Mojang designer Jens Bergensten, lead designer on the Pocket Edition for smartphones, was asked about Minecraft’s possibility for greater expansion as it pushes into younger audiences at a rapid pace. Once Microsoft’s exclusivity deal is up, he told iGamer, “we’ll consider Minecraft for PlayStation, but Wii U is very unlikely.”

Let’s think about that. Minecraft is arguably one of the most well-known and most diversely-played franchises on the planet. Yet Mojang has grown in clout to not care whatsoever about Nintendo, former gatekeeper to your children’s playtime.

Much has been written elsewhere about the game proper. It’s a known quantity that spans singular demographics. I once interviewed the electronic hip-hop artist Mux Mool (née Brian Lindgren) about his using Minecraft as a way to interact with fans outside of concerts. The game is no mere sandbox; it’s a venue, an arena in which unexpected things happen.

The fanbase first proliferated through always-online PCs. Once it appeared on both XBox 360 and iOS/Android, the wildfire spread. Minecraft shows us how a fragmented market can work well for consumers and developers both, while at the same time stifling the previous dominance of hardware manufacturers. And the players today will follow the game wherever it appears instead of stubbornly drilling down into one patch of soil and waiting for what grows.

Nintendo’s new HD system seems like a perfect fit for the open-world building-block game. The Wii U GamePad would provide a perfect tool to the discerning Minecraft’er. Ostensibly a traditional controller with a 6.2 inch touch-screen in the middle, the GamePad could be used in numerous ways: from the banal or obvious (overhead map of your region, simple touch commands) to something unavailable anywhere else (first-person view with 360 degrees of freedom using a built-in gyroscope, Off-TV play with full button/stick control).

And though the Wii U has stumbled after a solid launch, lacking any sales momentum due to a complete lack of brand-new software and the prospect of Sony and Microsoft’s next systems looming, Nintendo has always had a family-friendly box. They will sell to parents familiar with the brand, and to kids (and adults) eagerly awaiting the next installment of a rich stable of franchises with decades of goodwill. With Minecraft branching into younger players, it would make sense to court those potential crafters by making your game available on the widest possible playing field.

Or it would have made sense in the past. Now? Mojang has all the eyeballs it needs. Bergensten knows the brand can sell whatever box they put it on, as my sister found out this past December.

Decades later you all remember the same juice running down your chin, the sour tang of those yet to ripen, the soft pulpy flesh explored by others.

In many ways this evolving environment, fostered by the growing visibility of indie developers and more open platforms such as iOS and Android, is a win for creativity and accessibility. With game-makers not beholden to any single system, their tools hidden behind costly development kits and required licensing fees, more people can experiment and create than ever before. And an audience will be waiting.

But I can’t help but wonder if something is lost, too. There’s a kind of magic that comes with communal experience. (We might as well kill the soil metaphor dead, so here we go.) In a landscape split between two orchards, you pick a side, pluck your fruit and eat. You speak to half the garden knowing you shared the same taste, wondering together what grows on the other tree. Decades later you all remember the same juice running down your chin, the sour tang of those yet to ripen, the soft pulpy flesh explored by others.

Would I remember each morsel found in a plentiful forest, unbound by gates or property lines? Would others share this fondness, however idiosyncratic? Will children today look back and remember an experience forged by community? Or will today’s democratic play, splintered by constant access and subscriber fees and cross-platform ubiquity, fade into indistinct memories, an approximation of play, the rotting afterbirth of a deciduous species spread too thin?