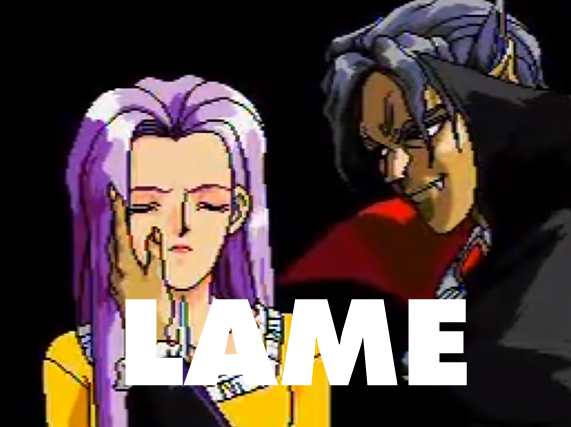 Women in games can’t seem to keep themselves from getting captured.

Now, a new Tumblr is collecting depictions of the many weird, wacky, and downright disturbing instances where female characters have been kidnapped in games. It goes much further than the corny good vs. evil “save the princess” stereotypes of the 80s and 90s, and way into creep-triggering territory.

The name is a mouthful — Bits of Tropes Vs. Women in Video Games — but it’s the Tumblr of Anita Sarkeesian’s now infamous project that set the industry astir in the first place.

Taking a peek through, it seems the only thing more pervasive in games than killing bad guys is the kidnapping of innocent ladies. It’s in goofy games (The Adventures of Bayou Billy), kid-friendly games (just about every Mario installment comes along with a damsel in distress), decidedly not kid-friendly games (Duke Nukem’s 90s cheesy-yet-disturbing naked, writhing ladies of earth), and everything in between. It’s everywhere, and it’s more than a little unsettling – as is the implied sexual assault (and general ick factor) that goes right along with the images in more than a few examples. The depictions of the princess of Persia are particularly ugly in this context.

I mean, what are we supposed to think the evil bad guy is doing with the damsel in distress while the player agonizes over saving her – playing bridge?

It’s weird and sobering to see this all in one place. I used to roll my eyes over the whole princess trope – now, I’m not so sure. And yes, most of the titles currently on the page are from more than ten years ago, which is at least a little bit comforting, but not nearly enough has changed to where we can really appreciate this with a sense of hipster irony.

Efforts like this don’t exist to call out any one developer or game – they only serve to show just how pervasive some images are, and further prove that we’ve still got a long way to go.