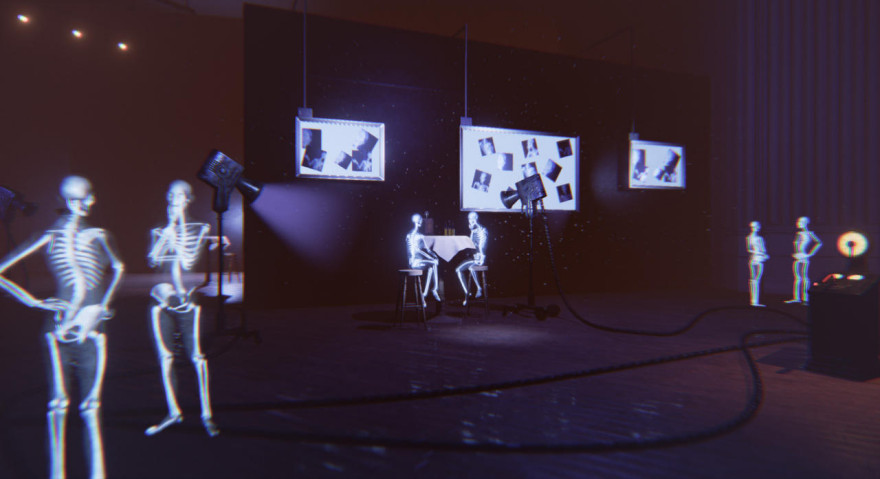 Like a budding forest in rebirth after a raging fire, the closing down of BioShock and BioShock Infinite’s studio Irrational Games seems only to have sprouted more beautiful blossoms into gaming’s horizon. Overreaching metaphors aside, the announcement last February that Ken Levine was shutting down the studio that employed hundreds of talented developers was heart-breaking. After a game and DLC release reportedly fraught with countless frustrations, delays, and over work, you have to imagine that those devs didn’t just lose their job that day. I’d be surprised if most of them didn’t walk out of there missing more than a little bit of their sanity too.

But as my opening sentence assures, there’s some light at the end of this sad story. Because with every closed door, two more open. And in this case, they’ve opened on the awesomely weird games coming out of small studios of ex Irrational-ites. The latest is The Black Glove, a surrealist experience set in a decaying vaudevillian theater, which happens to play pretty fast and loose with the whole time-space continuum thing.

As Night for Day Games‘ first upcoming title, The Black Glove carries a few clear markings from its time-bending predecessor. Concept artist Robb Waters, who conceptualized (among other icons of the BioShock games) the ever brilliant Sander Cohen, has clearly taken certain elements of the bat shit artist persona into this new game. Black Glove also seems to be flirting with a bit of that BioShockian trans-dimensional strangeness, since the theater is described on the Kickstarter campaign as “a venue pervaded by weird dream logic, inexplicable holes in space, unshielded x-ray art installations, and tasteful use of crushed velvet.”

But in every other way Black Glove deviates from BioShock‘s format, if not most other traditional games as whole. For one thing, there’s no shooty-gun bits evidenced in this first person experience. And, even more enticing, the metaphysical play of Black Glove seems to have actual significant impact on the game’s mechanics (you know, besides being a convenient way to dump more ammo in front of the player).

The basic (and I’m using that word loosely, since it’s anything but) premise of the game surrounds The Equinox theater’s degradation. Once a place of grandeur and high art, the theater’s three creators in residence—who include artist Marisol, filmmaker Avery Arnault, and musical act Many Embers—now need your help to restore the venue back to its glory.

The metaphysical play of Black Glove seems to have actual significant impact on the game’s mechanics.

How The Black Glove asks you to help these sad has-been artists must be my absolute favorite part of the entire game. After succeeding at a series of mini-games of skill and chance, the player is awarded access to the mysteriously powerful Black Glove. By utilizing its cross-dimensional powers, players can go back in time to change aspects of the artists’ pasts (and consequently their futures). By altering each of their mediums, messages, and muses, the player influences all sorts of changes over The Equinox—not the least of which is the artists success or failure.

It’s a concept so tantalizing that I wouldn’t put it past Lovecraft fans to try and figure out this creator-altering technology IRL. What would happen to his fiction if you took away Lovecraft’s repugnant racism and replaced it with, say, a deep love for cats? I can promise you he wouldn’t be a father of an entire genre of sci-fi horror. But who knows what kind of cat loving weirdness he would have provided us with instead? Or what about alleviating Virginia Woolf of her inferiority complex? Well, you could kiss some of early postmodern literature’s most successful experiments goodbye if you did that. But, as The Black Glove assures, “even a wrong turn can produce interesting results in a ‘so-bad-it’s-good’ way.”

On top of all that, the main antagonist of Black Glove is known as The Space Minotaur, “whose taunts cause a mix of existential angst and nervous laughter” in your creators. The mini-games provide various battlegrounds for the player to defeat this evil, angst-causing Space Minotaur and his minions. In fact one of these games includes “The Maze of the Space Minotaur, an idiosyncratic ode to classic 80s coin-ops that combines retro visuals and sounds with modern gameplay sensibilities.”

Basically, this seems like a project you will have to watch develop to believe. Because The Black Glove seems like a rare experiment that warrants all its posited weirdness, by giving it both meaning and purpose. Though the Kickstarter campaign does promise some “randomized” weirdness to be discovered behind some of The Equinox’s closed doors.

You can help The Black Glove reach its goal of $550,000 on Kickstarter. Let the Space Minotaur hijinks ensue! 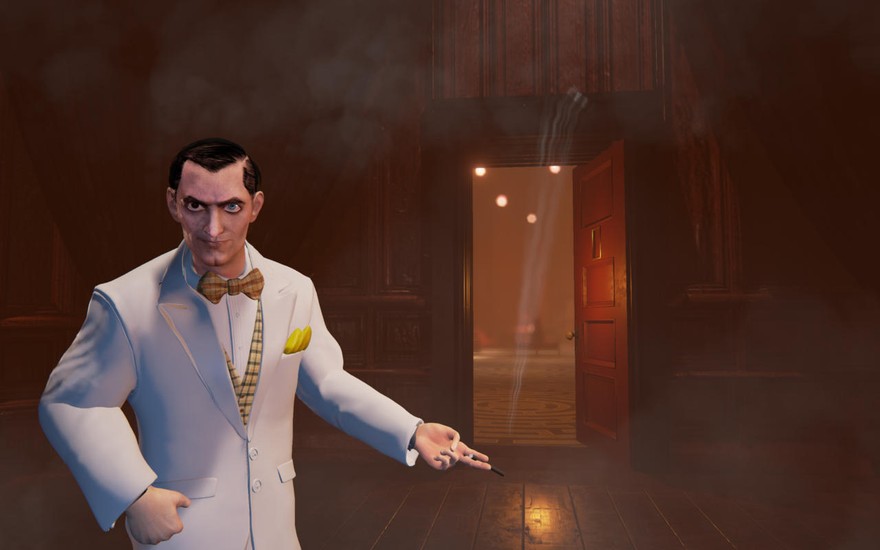 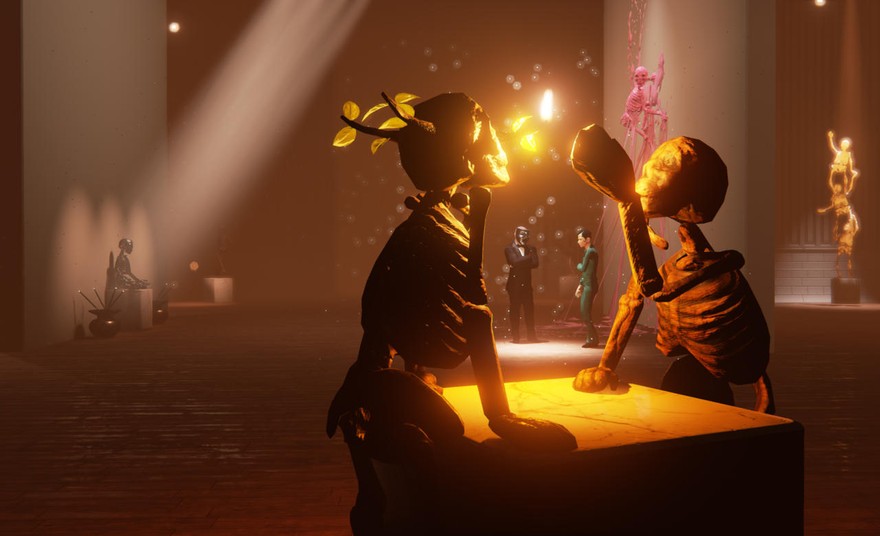 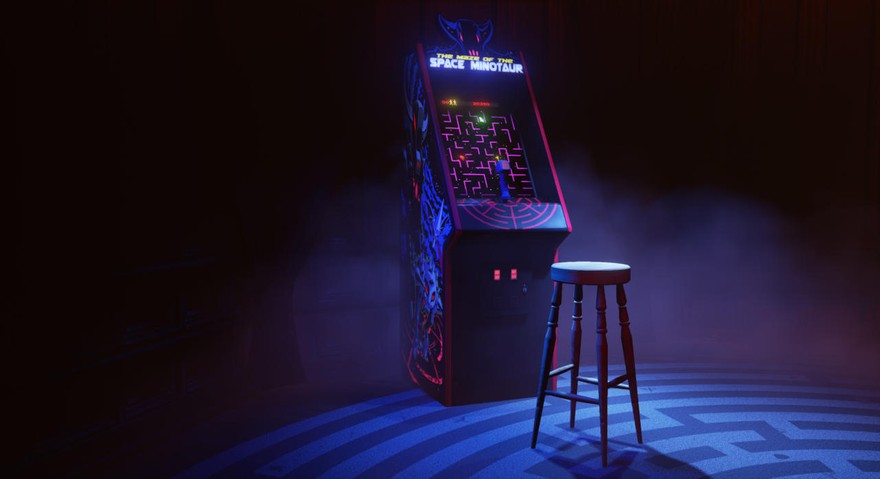